A Jewish stop on the Underground Railroad was inspired by Passover 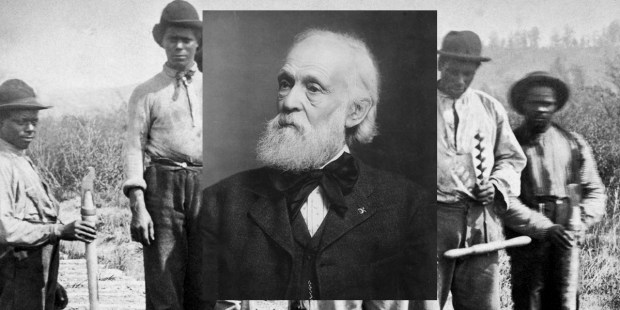 A Viennese immigrant offered his Kansas home to liberate slaves.

“No more Pharaohs and no more slaves,” wrote August Bondi, a Jewish immigrant from Vienna, in 1863, after President Lincoln issued the Emancipation Proclamation.

His words recalled those of the Haggadah, which tells the story of  the Jewish liberation from slavery in Egypt, and is read each Passover:

“Once we were slaves in Egypt. Now we are free people.”

Bondi was shocked by the treatment of slaves he had witnessed upon his arrival in the United States. In 1850 he took a job as a sailor on a Mississippi freighter, and wrote in his diary,

“The screams of the slaves, who were whipped with leather straps every morning, woke me up before dawn at four in the morning.”

His later experiences in Texas left him a confirmed abolitionist.

“I could have married the most beautiful woman in Texas,” he wrote, according to an article in Jewish Currents, “but I felt I could not marry a woman who owned slaves, because my father’s son could never be a slave-driver.”

Bondi later joined the anti-slavery movement, and fought with the abolitionist militia in Kansas. His home there was one of the only Jewish stops on the Underground Railroad.

Once the Civil War started in 1861, Bondi enlisted in the Union Army and served for 37 months. He later returned to Kansas, opened a grocery store, farmed, sold real estate, went to law school, and was elected as a county judge. Read more about August Bondi and the abolitionist movement here.