‘Forgive them, they know not what they do’: A reflection from The Anchoress 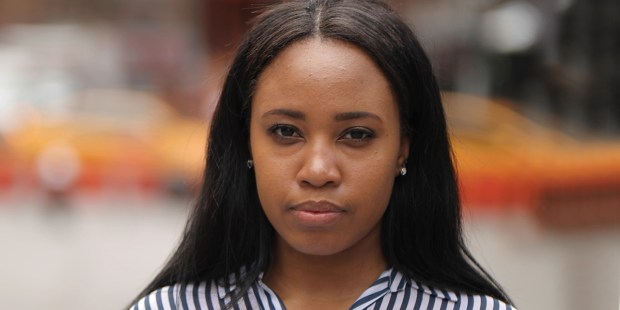 When they came to the place called the Skull, they crucified him and the criminals there, one on his right, the other on his left. [Then Jesus said,] “Father, forgive them, they know not what they do. Luke 23:33-34

There was Jesus of Nazareth, abused, tortured and bloody, mocked, battered beyond comprehension, betrayed, lied about, abandoned, stripped of every human dignity. Surrounded by bitter people with agendas, frightened people holding on to their positions, damaged people reveling in cruelty, mob-mentalists joining in the latest frenzy, he offers up a prayer for their sake, and it is a prayer remarkable in its generosity, offered amidst his unimaginable suffering: “Father, forgive them. They do not know what they are doing.”

As with everything in Jesus’ life — every word he uttered and action he took — this is instruction for us, meant to teach us how to live, and in this case how to transcend our own suffering. “Father, forgive them” is not an easy prayer to make when one has been treated unjustly, when one has been physically, sexually, or emotionally abused, when one’s dignity has been trespassed upon. Still, it is a prayer that demonstrates a trust in something greater than the hurt, and with trust comes detachment, and with detachment comes the ability to move on, in the same way that a falcon, untethered, may fly.

Unleashed from our long-held suffering, we can then work toward becoming all that we were born to be.

None of them knew, either, than in their actions they were unintentionally moving things toward a Victory that still reverberates throughout the world.

The mystery of mercy: so often the actions of people who have made us suffer have also, quite unintentionally, been the catalysts for our own victories.

We have all hurt others without understanding how, or why, or to what depths. Acknowledging this can help us imitate Christ.

In pondering Jesus’ example of transcendent mercy — his compassionate plea to heaven for his own tormentors — some friends and acquaintances have shared their own prayers for those who have caused them suffering. Perhaps in this Good Friday, as we pray our way through this day of grief, and the emptiness of Holy Saturday, we may add our own pleas to theirs, in remembrance of Jesus’ instruction, and in order to set ourselves free.

Father, forgive them, they do not know…

“Father, forgive my elementary school classmates for laughing at me in my neglected state…”

“Father, forgive her for not being able to see what was happening to me…”

“Father, forgive my siblings for their rejection…”

“Father, forgive my parents for how they drank through their own pain, and never saw mine…”

“Father, forgive them for misdiagnosing my daughter until it was too late to help…”

“Father, forgive my parents for striking me; it was how they were raised, and they didn’t understand…”

“Father, forgive my bosses for demoting me without telling me why…”

“Father, forgive them for falsely accusing me, for lying about me…”

“Father, forgive the abuse, and help me to forgive it…”

“Father, forgive them for taunting me…”

“Father, forgive them for not taking me out of that hellhole…”

“Father, forgive her from driving right by me, instead of rescuing me…”

O Christ Jesus, look with pity on me, in all of my own sins and failings, and help me to learn mercy from you, who are All Mercy. Then, as I have so often added my own sufferings to yours upon the cross, help me to now add my own words of compassionate forgiveness to yours, that I may learn from your example, and so further comprehend and share in your victory.

Read all 7 reflections on each of the last words here.