How much might Judas’ 30 pieces of silver be worth today?

The 30 pieces of silver that Judas was paid could be worth anywhere between $90 and $3,000 in today’s currency.

If Judas betrayed Jesus for the money somehow remains an open question. Even the Gospels seem to differ on the matter. Whereas the Gospels of John (13:27) and Luke (22:3)  suggest that Judas possessed by Satan, the Gospel of Matthew (27:1–10) presents the reader with a Judas who, after learning that Jesus was to be crucified, attempted to return the money he had been paid for his betrayal to the chief priests, and commits suicide by hanging. It is certainly difficult, not to say impossible, trying to go back in time to discover the exact intentions of Judas Iscariot. However, we can at the very least examine the price Judas was paid, and see if the money was tempting enough to make a man hand over his friend to a potential death sentence.

Let’s first look at the Gospel passage found in the book of Matthew.

Then one of the twelve, who was called Judas Iscariot, went to the chief priests and said, “What will you give me if I deliver him to you?” And they paid him thirty pieces of silver. And from that moment he sought an opportunity to betray him. (Matthew 26:14-15)

This is not the first time the exact same amount of thirty pieces of silver are mentioned in the Bible. In the book of Zechariah, the prophet is paid the same amount for his daily wage as a shepherd.

Then I said to them, “If it seems right to you, give me my wages; but if not, keep them.” And they weighed out as my wages thirty shekels of silver. Then the Lord said to me, “Cast it into the treasury”—the lordly price at which I was paid off by them. So I took the thirty shekels of silver and cast them into the treasury in the house of the Lord. (Zechariah 11:12-14)

Additionally, in the book of Exodus, thirty pieces of silver was the cost of a slave who was killed.

If the ox gores a slave, male or female, the owner shall give to their master thirty shekels of silver, and the ox shall be stoned. (Exodus21:32)

But what does this all mean in today’s current economy?

There are several different interpretations. One theory is that the pieces of silver used to pay Judas were equivalent to a Roman denarius. A Roman soldier, for example, was paid about 225 denarii per year. In comparison, a modern-day US military soldier earns about $25,000 a year. In this interpretation, Judas would have been paid about $3,000 in today’s value.

On the other hand, various biblical scholars instead point to Exodus, where it describes thirty pieces of silver as the price of a slave. According to CNN’s Freedom Project, dedicated to ending modern-day slavery, “In 2009, the average price of a slave was $90.”

Based on these interpretations, Judas could have been paid anywhere between $90 and $3,000 in today’s sums.

With that in mind, did Judas betray Jesus for the money? One can only speculate, but what is clear is that thirty pieces of silver were poor compensation for handing over a friend, as Judas himself tragically realized, at least according to Matthew’s gospel:

Then Judas, his betrayer, seeing that Jesus had been condemned, deeply regretted what he had done. He returned the thirty pieces of silver to the chief priests and elders, saying “I have sinned in betraying innocent blood.” They said, “What is that to us? Look to it yourself.” Flinging the money into the temple, he departed and went off and hanged himself. (Matthew 27:3-5)

Visit the slideshow below to discover the great tapestries of the Apostles, by Raphael Sanzio, recently returned to the Sistine Chapel. 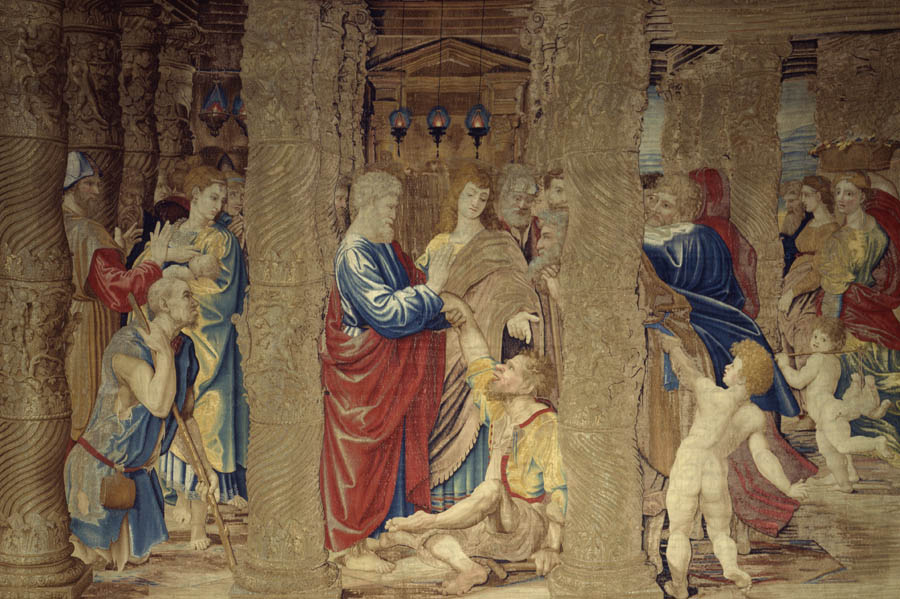