A miracle in Israel? Christian, Muslim and Jewish mothers march together 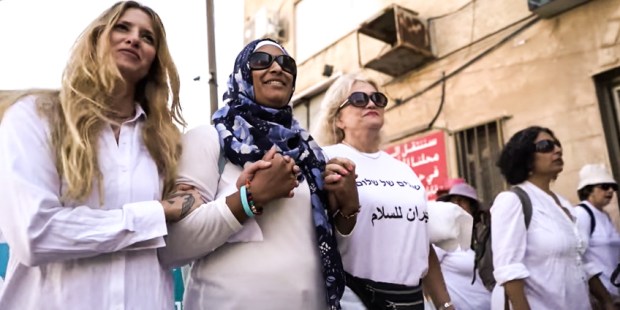 The song “Prayer of the Mothers” becomes their anthem.

A recent small miracle was almost completely ignored by media: thousands of Jewish, Muslim and Christian women walked through Israel, together, demanding peace.

Recently, alongside Israeli singer Yael Deckelbaum, they released the song “Prayer of the Mothers,” in which these women of the three Abrahamic religions claim peace is not only possible but, first and foremost, a duty.

They have been brought together by the “Women Wage Peace” movement, which emerged in the previous burst of violence between Israelis and Palestinians.

In this context, in October 2016, Jewish and Arab women launched the “March of Hope” project, which among its many demonstrations brought together 4,000 women (half of them Israeli, half Palestinian) in Qasr el Yahud, in the north of the Dead Sea region.

Simultaneously, another 15,000 women demanded peace before the residences of the Palestinian and Israeli prime ministers.

These marches were joined by Leymah Gbowee, who received the Nobel Peace Prize in 2011 for her contribution to the end of the civil war in Liberia.

This video shows, once again, how women (and particularly mothers) are the most incredible source of peace amid conflicts.