New York offers free college tuition. So, what does this mean? 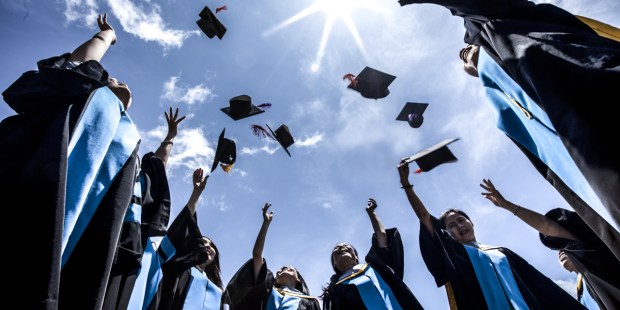 Will it help struggling families, and will it hurt private colleges?

New York became the first state to offer free college tuition to in-state public colleges and universities when its legislature passed the “Excelsior Scholarship” program as part of its annual budget last week.

A look at the plan’s provisions, however. reveals that while the plan would make college more affordable to more students, it would not make it “free.” This may disappoint those who would have preferred a more generous plan, and possibly allay the fears of those who worry that it could put private colleges out of business.

The scholarships will cover the cost of tuition only – that’s $6,470 per year at SUNY and CUNY colleges and universities. Room and board, which costs over $12,590 annually, would not be covered. An additional provision in the budget would provide $8 million for e-books to help defray what Governor Andrew Cuomo’s office calls “the prohibitive cost of textbooks.”

To be sure, the plan would help working- and middle-class families who would otherwise be burdened by student loan debt, which is second highest category of consumer debt, behind mortgage debt and higher than credit card and auto loan debt, according to Forbes. In the United State, according to a study by The Institute for College Access and Success, seven in 10 seniors (68 percent) who graduated from public and private colleges in 2015 had student loan debt, and the average was $30,100 per borrower.

Because lower-income students already receive free college tuition in New York in the form of Tuition Assistance Program (TAP) and federal Pell Grants, these benefits would go to students from working-class or middle-class families. Known as a “last dollar” scholarship, it would only be awarded after students have applied for federal student aid.

“It will help a slice of middle-class students, but it’s only a slice,” he said.

“If you’re really concerned about students who are not attending because of the reality or the perception of unaffordability, this is not the way to help them,” he said. “This is going to cost money, and it will make some parents happy, but I don’t see it moving the accessibility needle.”

Some fear that the free tuition program for public schools will adversely affect private colleges, when an additional 32,000 students qualify for free tuition at public institutions by 2019.

“We had hoped that the state solution to affordability would offer more to students who find private, not-for-profit colleges and universities are the right educational experience for them, “ said Dr. Carolyn J. Stefanco, President of the College of Saint Rose, according to an ABC News 10 report. A number of presidents from other Catholic colleges and universities have spoken out against Cuomo’s scholarship plan since it was first debated.

According to an article in Lohud.com, private college leaders would have preferred to use New York’s Tuition Assistance Program to increase access to all colleges.

The New York Post reported that Lesley Masshia-Arthur, assistant VP for government relation at Fordham University, a Catholic institution, sent out an email asking for recipients to make their views on the legislation known to lawmakers.

“If you agree that Governor Cuomo’s proposal is not good for student choice or private universities, please submit electronic letters to your elected officials by visiting http://www.limitlesslearningny.org/take-action,”she wrote in an email to  “Members of the Fordham Family.”

Governor Cuomo, in response to this criticism, pointed out that private colleges shouldn’t worry.

The Excelsior Scholarships do come with some pretty serious strings attached, and those could also protect private institutions from the effects of free state tuition. Upon accepting the scholarship a student must sign a contract to promise to stay in the state of New York after they graduate.

Governor Cuomo said in a news conference after the legislation passed, “Why should New Yorkers pay for your college education and then you take off and you move to California? The concept of investing in you and your education is that you’re going to stay here and be an asset to the state.”

He added, “If you don’t stay here, then go to California and let them pay for your college education.”

The plan would require students to stay in New York for 2-4 years, depending on the duration of their scholarship. If a student were to violate the contract, the legislation states that his or her scholarship would be converted to a student loan.

The higher-than-is-first-apparent cost of the Excelsior Scholarship’s “free tuition,” coupled with the mandate that students remain in New York for up to four years after graduation, might be enough to keep the playing field fairly even. As for working and middle class families in New York, many might argue that they come out ahead, with more options for affordable college education available to them.