Light from light: Why do we give Christ this title? 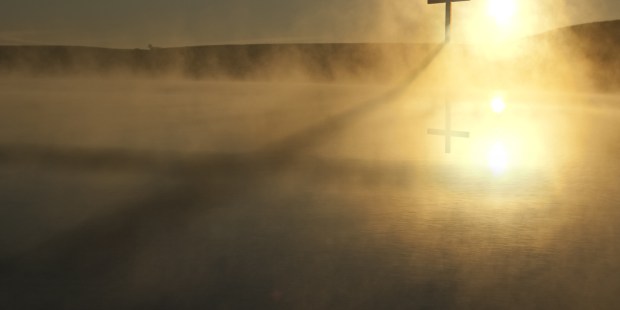 “What does it matter to the sun whether we see it?”

We recite those words in the Nicene Creed at Mass. That “light from light” part, though, what does that mean?

The concept of light in our minds isn’t so reliant on faith because we know about light firsthand. In a way, we can somewhat capture light; we can control light with the flip of a switch.

Yet the Psalmists often refer to God as light. So did Isaiah and the prophets, whose minds were guided by His light.

It is by the Light that is Jesus Christ that we are able to see God as He is. In John’s Gospel, he calls Christ “the true light, which enlightens everyone.”

The Church just finished celebrating the year’s greatest night of worship, the Easter Vigil. And light played a prominent role during that Mass, including the lighting of the Paschal candle from the new fire and proclaiming Christ as light.

While at that Mass this year, I entertained fresh perspective for my meditation.

Jacques-Benigne Bossuet, a 17th-century French bishop, is still considered one of the most brilliant and insightful orators and homilists not just of his day, but perhaps in Church history. I read a collection of his sermons every day during Lent. This section on “A Life Hidden in God” casts, if you will, a new light on this aspect of the Divine.

It is a form of God’s grandeur that he should be knowable in so many ways and yet so little known, to shine forth in his works and yet be ignored by his creatures. From his goodness he spoke to mankind and did not leave them without revelation; but from his justice and grandeur he hides himself from the proud, who do not open their eyes to deign to see him. What need has he for their recognition? He needs only himself. Our knowing him is not a gift we give to him, but a grace he gives to us. We are amply punished if we refuse to see him. His essential glory is entirely in himself, and the glory he receives from men is a good for them, not for him.

Conversely, it is an evil for them, and the greatest of all evils, not to glorify him. Even a refusal to glorify him glorifies him for another way, because men make themselves unhappy by not knowing him.

What does it matter to the sun whether we see it? Woe to the blind to whom its light is hidden; woe to the weak who cannot stand it! The blind man will eventually be exposed to the burning sun and will ask, “What is it that burns me?” He will be told, “It is the sun.” “What? The sun that I hear lauded and admired every day: this is what torments me? May it be accursed!” And he detests this beautiful star because he does not see it, and not to see it will be his punishment. For if he were to see it, the sun itself would, with its kindly light, show him where he might seek cover from its burning rays. All of his misery, then, lies in not seeing it.

But why should we speak of the sun, when after all it is nothing but a great lifeless body that we see only with our eyes? Let us speak of another light, always ready to shine in the depths of our soul and fill it with light. What happens to the willfully blind man who prevents it shining for him? He is sunk into the shadows and made unhappy.

And you, O eternal light! You remain in your glory and your brilliance, and you manifest your grandeur such that no one loses you but that loss is his own. Father of lights, you have given a similar character to your Christ, so as to make manifest that he is God as you are, the brilliance of your glory, the radiance of your light, the imprint of your substance.