Taxes hit married couples the hardest, but for a reason 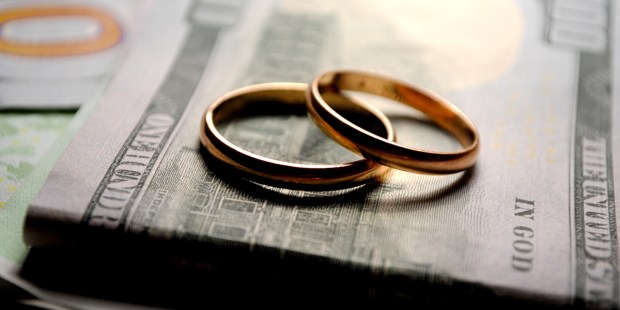 Because “tax day” this year falls right on the Easter weekend, federal and state returns are due on Tuesday, April 18. And while it’s common to experience wailing and gnashing of teeth while one is in the midst of filling out all the line items of the 1040 form, there’s news that may give married filers added resentment this year.

The Pew Research Center released a study Wednesday showing that while the percentage of married adults is down precipitously in the United States, they still carry the lion’s share of filling the US Treasury’s coffers.

But, Pew points out, marriage is increasingly linked with higher levels of education. And higher education usually leads to higher incomes, thus the higher percentage of taxes being paid by the betrothed.

In addition, most married filers are represent dual-earner households:

In 2014, the average return filed by a married couple or individual reflected an adjusted gross income (AGI) that was more than three times that of the average unmarried return ($115,100 compared with $35,200) – a gap that can be partially explained by the fact that many married returns are filed by two-income households.

In 2014, the most recent year that complete tax data are available, 38 percent of taxpayers filed returns as “married filing separately” or “married filing jointly.” That year, 76 percent of married filers owed some tax, and among those who paid taxes, the average tax rate was 16 percent of adjusted gross income (AGI).

At the same time, 58 percent of unmarried filers paid at least some income tax in 2014, at an average rate of 13 percent of AGI.

So, if this applies to you, as you hit the button to e-file or put a stamp on your mail-in returns, you might regard your heavier share of taxes an unfair burden. Or you might consider it a reflection of your blessings as a married couple.