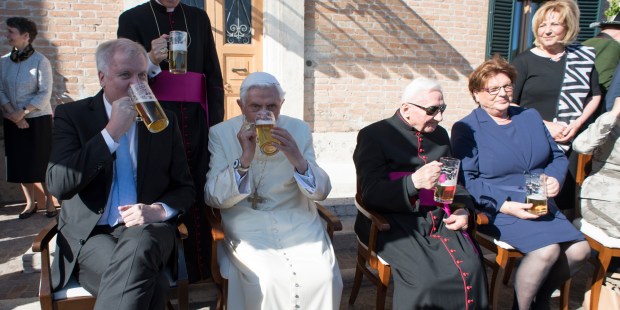 VATICAN CITY — Pope emeritus Benedict XVI celebrated his 90th birthday on Monday in the garden of his residence at the Vatican.

On a sunny Easter Monday, as Italians celebrated Pasquetta (“little Easter”), the pope emeritus enjoyed a mug of German beer and listened to traditional Bavarian music in the company of visitors from his native land, including the region’s Prime Minister.

The pope emeritus was born on April 16, 1927, in southern Germany. As his birthday coincided this year with Easter Sunday, Benedict celebrated his 90th on the second day of the Easter Octave.