Why does it excite us to hear about famous Catholics? 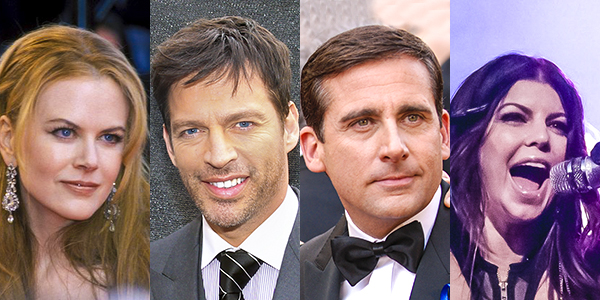 We’ll likely never talk with them or even meet them, but they give us a reminder of St Paul’s words

What do all these people have in common?

Did reading that give you a sense of satisfaction? Excitement even? If it did, as it does for me, do you wonder why it did?

If you were to discover that someone famous came from your home town, you’d probably experience a similar buzz.

I come from a tiny farming community in Oregon that consists of three roads, a church with a school, and several pastures. Yet my little hamlet produced, apart from milk and wheat, a notable Major League Baseball pitcher. Larry Jansen won a World Series with Willie Mays, was the winning pitcher in the famous “Shot Heard ‘Round the World” game, and came in second in the Rookie of the Year voting in 1947 to some guy named Jackie Robinson.

I was shocked when I found this out! Really? Someone from our little out-of-the-way place knew Willie Mays and played in the World Series and was an All-Star? Someone who did all that, and I have something in common with him!

I could have a real conversation with him, I realized. We could talk about old Rudy who finally passed away, or how we miss the Bonanza Café that burned down. (Well, we could have such a conversation if Larry himself hadn’t passed away a few years ago.)

But Larry and I had an even more profound connection than the streets we grew up on: He was also Catholic.

He worshiped God in the same church I did. We embraced the same teachings, received the same sacraments, and took part in the same devotions, from Stations of the Cross to May crownings. We saw the world through the same lens—not in a political sense, but in a metaphysical sense.

What could provide a deeper connection? Beyond living in the same town, eating at the same restaurants, playing at the same parks, with fellow-Catholics we share membership in the Body of Christ, divinization through the same Spirit.

This same sense of family is what we feel knowing we can go into any Catholic church in the world and feel at home. No matter the differences in architecture, or language, or customs, or manners, it feels familiar.

More than that, we belong there—in a sense, we feel as though the place belongs to us, because in a very real way, it does. It is our home.

So, when you see a member of the British Parliament wearing ashes on her head on Ash Wednesday, or when you hear that legendary baseball manager Jack McKeon attends daily Mass, let that little thrill remind you of the words of St. Paul: “As a body is one though it has many parts, and all the parts of the body, though many, are one body, so also Christ. For in one Spirit we were all baptized into one body, whether Jews or Greeks, slaves or free persons, and we were all given to drink of one Spirit. Now the body is not a single part, but many.” (1 Corinthians 12:12-14)