Need a saint you can relate to? Here’s one way you might find one 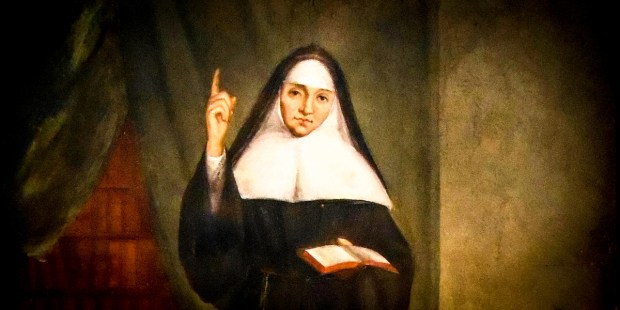 Read how this writer has formed a Fab Four of heavenly helpers and who they are.

The Catholic Church has canonized more than 10,000 women and men, and beatified many others, making it truly impossible to have a familiarity with even a significant portion of these people offered us as examples to imitate and intercessors in heaven.

That’s unfortunate. We are missing out on some special friendships with these heaven-dwellers who could be significant for our journey in the spiritual life.

But where can a person begin to be introduced to some of these holy people?

One way could be narrowing a search to one of the many Catholic spiritual families, such as Benedictines, Dominicans, Franciscans, etc. Even some of the recently founded spiritual families have several people with causes of canonization underway.

I myself have found some focus thanks to having entered formation a few years ago with the Secular Carmelites.

Granted, many of the saints of the Carmelite order are deservedly well-known. In fact, several of them helped guide me to the third order in the first place: St. Teresa of Avila, St. John of the Cross, St. Therese of Lisieux.

Still, the order has many more lesser-known yet equally striking saints and blesseds.

Thanks to Google searches and some subsequent spiritual connections, I have several new prayer partners. All of them are Carmelites who are either canonized or beatified. They aren’t particularly “famous,” yet they deserve attention because of some unique aspects of their lives.

I’d like to introduce you to my low-profile Fab Four, a group with some special relevance:

A proud native of the Netherlands, in 1881 he was ordained a Carmelite priest at the age of 24, earned a doctorate in philosophy, and went on to teach philosophy and the history of mysticism. Appointed advisor to the Catholic journalists in the Netherlands in 1935, Brandsma was known as an opponent to the German Nazi occupiers. During a tour of visits with every Catholic newspaper in the country, during which he was instructing writers and editors to adhere to Church teaching, the Nazis arrested Brandsma and imprisoned him in a concentration camp. Frail and sickly much of his life, Brandsma was executed at Dachau in 1942.

Who might want to ask for his intercession: He already is considered a patron of Catholic journalists, which has given me a connection. People with chronic illnesses, especially intestinal issues, could look to Brandsma as he maintained great joy despite his suffering.

Quote: “He who wants to win the world for Christ must have the courage to come in conflict with it.”

This Italian Carmelite nun and mystic was born in Florence in the 16th century and led a life filled with extraordinary visions, ecstasies and miraculous graces. She learned mental prayer and spent a half-hour in meditation daily by the age of 9. The saint received her first mystical ecstasy at the age of 12 and her second at 17, by which time she already had entered a Carmelite contemplative monastery. Two years later, Mary Magdalene fell into a period of spiritual dryness that would last five years and involved a depression so deep that she twice came close to taking her own life. She battled against that temptation with prayer, penance and service. Confined to her bed for three years by headaches and paralysis, Mary Magdalene finally passed away at the age of 41 in 1607.

Who might want to ask for her intercession: People who suffer from headaches and those plagued by depression with suicidal thoughts. Unfortunately, I have long endured both of those. Thankfully, I have found a saintly companion who truly understands. People with eating disorders might pray to her as well, as the saint was said to have displayed symptoms of bulimia.

Quote: “Those who call to mind the sufferings of Christ, and who offer up their own to God through His passion, find their pains sweet and pleasant.”

Born Juanita Fernandez Solar in Santiago, Chile, she seemed a somewhat typical child growing up. At the age of 7 she entered a school run by nuns and held onto her youthful ways of occasional vanity, enjoyment of sports, singing and dancing. Seven years later she decided to become a Carmelite nun. Teresa’s outlook on life changed dramatically after reading the autobiography of St. Therese of Lisieux; she wanted to live for God alone. The saint took her new name in Carmel and received her habit in 1919, then contracted typhus fever that took her life the next year at the age of 19.

Who might want to ask for her intercession: St. Teresa packed an incredibly holy life into a relatively short period of time; she could be a special spiritual friend for young people. I ask her to pray for my children and grandchildren. Given her clear love for her friends in her letters, St. Teresa also could be a patron saint of close friends who are separated somehow.

Quote: “When God’s love takes possession of a heart, it transforms it, it makes human love divine, so to speak.”

Blessed Mary of the Incarnation

Married to a devout Catholic, this mother of seven (born Barbe Avrillot) became known as the “mother of the Discalced Carmelites in France.” She founded the first convents for the order in that country after reading “The Life of St Teresa of Avila” early in the 17th century, a move sparked by a mystical appearance by St Teresa herself. She actually had shown an affinity for romance novels until her disapproving husband replaced them with more religiously oriented books. Barbe had a reputation for generous almsgiving and great virtue. There also were reports of her gifts of healing and prophecy as well as receiving the stigmata at the age of 27. Her husband died when she was 47 and she soon asked to be received as a lay sister in the poorest Carmelite community, where three of her daughters already lived as nuns.

Who might want to ask for her intercession: Any parent who seeks to incorporate a deep spiritual life into days filled with cooking, cleaning, raising children and earning a living might do well to ask for Blessed Mary’s prayers.

Quoted prayer: “Enlighten me inwardly with the light of your Divinity, all the moreso as I believe, by it, that you are totally within me. By this means, I very humbly beg you to look from now on through my eyes, speak by my tongue, accomplish by all my members and senses the things which are agreeable to you.”

Read more:
If you haven’t met Elizabeth of the Trinity yet, here’s why you should