Breaking news: Francisco and Jacinta Marto to be canonized on May 13 in Fatima 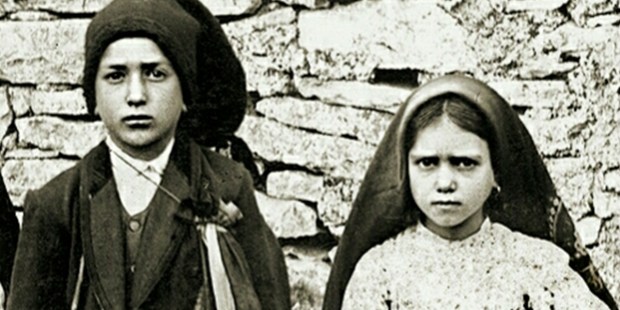 Pope Francis also announces the canonization of three Mexican youth, and a Brazilian martyr who proclaimed his faith in the Eucharist as he had his heart ripped out.

VATICAN CITY — Two of the three Fatima visionaries, brother and sister Francesco and Jacinta Marto, will be canonized in Fatima on May 13, the Vatican announced today.

The announcement came this morning at an ordinary public consistory held at the Vatican.

In addition to announcing the canonization of the two shepherd children during his May 12-13 visit to Fatima, to mark the 100th anniversary of the Marian apparitions, Pope Francis also said he will canonize another 35 saints on October 15, 2017, at St. Peter’s Basilica in Rome.

Within two years of the apparitions of the Virgin Mary in Fatima, young Francisco died at the age of 11, while Jacinta died one year later, at the age of 10. Both were victims of the Spanish flu pandemic which spread across the world after World War I.

When the two children were beatified on May 13, 2000 in Fatima, John Paul II said of Jacinta that she had “heroically” offered herself as a victim for the “conversion of sinners,” Cardinal Angelo Amato, Prefect of the Congregation for the Causes of Saints, noted at today’s consistory.

Francisco and Jacinta will be numbered among the youngest saints in the history of the Catholic Church.

At today’s consistory, Pope Francis announced that the 35 saints to be canonized in October also include three adolescents who were martyred in Mexico in 1529. Cristóbal and his two companions, Antonio and Juan — converts from the pagan traditions of their families to the Roman Catholic Faith — were brutally killed for refusing to practice idolatry and polygamy.

The three children (ages 12-14) are known as the ‘Child Martyrs of Tlaxcala,’ They were beatified by Pope John Paul II in 1990 in Mexico. On 23 March 2017, Pope Francis issued a decree stating that the three children would be canonized without having a miracle attributed to their intercession, as is the norm.

The October canonization will also include 30 martyrs of the evangelization of Brazil in the 17th century: Fr. Andrew de Soveral and Fr. Ambroise Francis Ferro, the layman Mateus Moreira and 27 other lay companions. When Pope John Paul II beatified them in 2000, he said they “belong to this generation of martyrs who watered their homeland, making it fertile for a generation of new Christians.” Mateus Moreira, John Paul II noted, “had his heart ripped out through his back while he was still alive, and yet he had the strength to proclaim his faith in the Eucharist, saying: ‘Praised be the Blessed Sacrament’.”