How to travel overseas with kids — and actually enjoy it 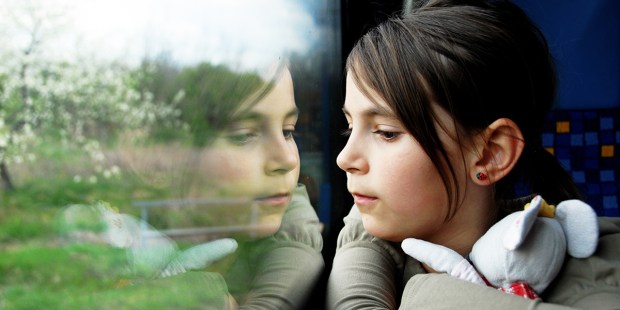 Let your children show you how much fun traveling can be.

Whether you’re a newlywed just home from an island honeymoon wondering if such trips will still be possible after children, or you’re a young family nervous about completing your first long-haul flight, look no further — I’m here to help.

Though I cherish any solo travel I get to do these days, my husband and I love traveling with our three young boys. In our college years, both of us spent time abroad and brought our love of travel into married life. After the arrival of our first son we kept saying yes to extended work opportunities in Europe, and our little guy was packing his own carry-on and had the on-board soda menu memorized by age 3. Several years later, sons number two and three arrived and we were determined to keep our travel going. The twins made us pros — or somewhere close to it — when it comes to how to travel with kids.

Read more:
5 Do’s and don’ts of traveling with a large family

I could give lots of practical advice from choosing airplane seats (bulkhead!), snacks to pack (nothing that can melt), and what to do if your kid loses her mind at the worst moment (offer it up), but there’s a ton of online resources for those already and it really does vary from family to family and kid to kid.

For instance, I once read a travel-with-kids piece in which the author had three brand new fully loaded iPads for her children. Even if that were in my travel budget, the creative ways my three boys manage to break things makes that idea at no-go. Passing around the cheap tablet purchased for a song on Black Friday is more my style.

Whether you and your kids tend to do better with consistency or occasional unlimited screen time and soda binges, only you know that, so instead I want to concentrate on advice directed more toward that space between your ears. So let’s get to it. The first and arguably most important step is to …

Traveling with young children is just not going to be like your junior year abroad, your honeymoon, or a business trip. I’m sure you know this but you’ve really got to internalize it or you’ll either over-schedule or be disappointed the whole time. “It is what it is,” is your new mantra. You had to eat most of your meals in places with menus in English and pictures of food? It is, what it is. You had to skip out half-way through your museum tour that was booked months in advance and spend the afternoon at a playground instead? It is what it is. Offer it up. Try and see the upside. Move on.

Another really great thing, if at all possible, is to …

When we spent a semester in London while my husband was teaching, we sent out the word through emails and social media that we were there. Several of our friends had friends living in London and introduced us through emails. Families with kids were especially terrific to meet, inviting us to parties and Sunday lunches. We met a family on the airplane during the long wait to disembark when our 4-year-olds were found chatting and then holding hands! They were so nice and extended an invitation to their daughter’s Peter Pan-themed fancy dress birthday party, where we had the nicest time.

Later, I met a woman in line for the ladies room during intermission at a very long play. After a little friendly commiseration, we found out we were both in London with our children and professor husbands and several lovely playdates followed. In Italy our kids have made friends on the beach with kids from all over where the common language is “beach toys,” and that led to the parents chatting over apertivi as the sun set.

For the first few years of our marriage, we were very lucky that my husband’s job provided many chances to travel to Paris. Even though I’d been there as a student several times, I still felt the need to DO ALL THE THINGS every time we were there. It wasn’t until our fifth or sixth visit when I realized that it would be perfectly okay to just take a walk or enjoy a coffee at a café not frequented by Ernest Hemingway — imagine!

Another time, as we were anticipating the end of our child-free days, we took two weeks to drive around the UK. At every inn and B&B, our hosts chuckled and remarked how ambitious, how American, our travel plans were. We laughed with them, trying not to let on that we had amended our original itinerary to include about half the stops.

Changing hotels, running to catch trains, and hitting several attractions in one day are more like work than vacation on the best days. Let kids show you how much fun slow travel can be. Take that nap. Eat gelato for dinner (because no restaurants will be open when your kids are hungry). Skip the guided tour, let your kids choose to turn right or left, and marvel at the paintings you wouldn’t have seen.

If you’re fortunate enough to be able to travel abroad with your children, I hope you’ll do it. It can be stressful and inconvenient and, of course, there are always travelers who object to the presence of your sweet cherubs on airplanes and in hotels and restaurants. But none of that outweighs the time spent together as a family making new discoveries and lasting memories.