For this saint, sanctity was as simple as a smile and a day’s work 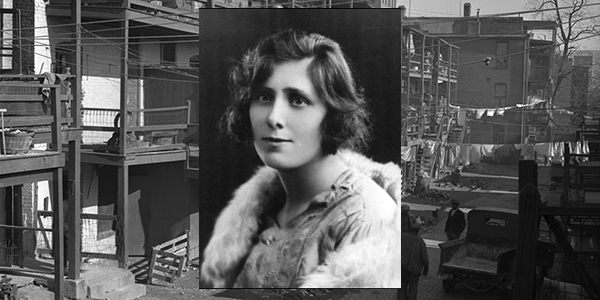 Though as a girl she was a quiet champion of rights, her short life was most characterized by its ordinariness

There was in 19th-century France a young nun so ordinary that as she lay dying she heard one of the other sisters speaking outside her window. “What are we going to put in her obituary?” the Carmelite wondered. “She entered young and died early. That’s it.”

You may be familiar with this nun: St Thérèse of Lisieux, called “the greatest saint of modern times” by Pope St. Pius X. Yet it was in her very ordinariness that God called her to be a great saint. Some of us are called to be world-wandering missionaries, others to rebuild God’s Church, but most of us are called to be ordinary.

If Thérèse was ordinary, Venerable Margaret Sinclair (1900-1925) was simply beneath notice. Though a rough sketch of her life explains her nickname, “the Little Flower of Scotland,” Margaret’s upbringing was far from genteel and her family was not made up of saints like the Martins. No, Margaret was a little flower of the tenements, but it’s in her lowly origins and ordinary holiness that the life of Margaret Sinclair can call us to greatness.

One of nine children, Margaret was brought up in a two-room basement apartment in Edinburgh. Her father was a garbage collector and her mother frequently ill, so Margaret worked from a young age at various odd jobs. When Margaret was 14, her father and brother went off to fight in World War I and Margaret left school for good, taking work in a cabinet factory.

As a factory worker, Margaret was not only a union member but a union representative, protesting when the workers’ wages were docked unjustly. She had a standing feud with her supervisor over a picture of the Blessed Mother that Margaret hung over her work station. Each evening, he took it down; each morning, Margaret quietly hung it back up. Her persistence showed in everything she did, most especially with her mother who was often overcome by the difficulties of her circumstances. Each time her mother felt she couldn’t go on, Margaret would look her in the eyes and say the same thing: “Dinnae give in.” Do not give in.

After the war ended, the Depression that followed left Margaret unemployed and urgently seeking work. Eventually she found a job in a cookie factory. Though she worked a demanding schedule, Margaret loved to spend time in prayer and went to daily Mass whenever she could. One family holiday, Margaret and her sister Bella were able to go to Mass every day and receive Communion daily, an uncommon practice at the time. When Bella expressed concern that they weren’t holy enough to receive so frequently, Margaret countered with utter common sense, “We’re not going because we are good, but because we want to be good.”

Read more:
Why the words we speak matter (especially after Communion)

Working still left her plenty of energy for dancing and her spirit (and love of pretty clothes) made Margaret much admired, particularly by Patrick Lynch. Lynch had fallen away from the sacraments and when Margaret spent some time with him encouraging him to return to the faith he fell quite in love with her. He presented her with an engagement ring and threatened suicide if she refused him. Margaret was distraught, especially when she found that her parents were pleased by the match, but prayer and the wise counsel of a priest helped her to see that her vocation lay elsewhere. “I thought it was the will of God, and that I might grow to like him,” she confessed, but her heart was fixed on the cloister.

So Margaret bade her family farewell and headed to London, where her accent and lack of education made her rather disdained in a Poor Clare community where many of the nuns were aristocrats by birth. Though she had hoped to be a choir sister, one who sings the Divine Office for eight hours a day, she seemed better suited to be an ordinary extern sister, one who has much more contact with the outside world and goes out begging several times a year.

It was this begging, it seems, that was the death of her. Only two years after she entered religious life, Sister Mary Francis of the Five Wounds (as Margaret was known in religion) contracted tuberculosis. Eight painful months later, she died at the age of 25, an ordinary nun.

There were in Margaret Sinclair no heroics except those of an ordinary life: smiling rather than raging, working when one would rather not, accepting God’s will no matter how hard it may be. She understood, as most of us do not, that true holiness consists in doing the work of the day well.

Let’s ask her intercession for workers, for the unemployed, and for all who long to live ordinary lives in extraordinary ways. Venerable Margaret Sinclair, pray for us!