The secret to being a stronger mother 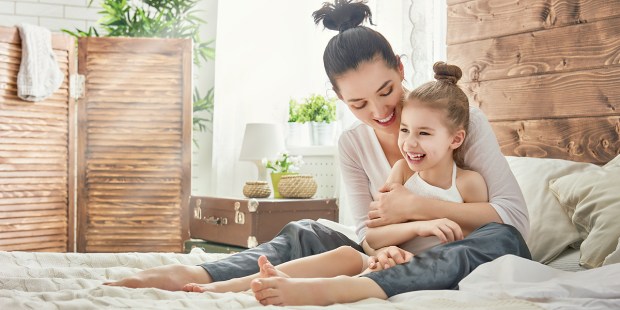 I feel anxious that I’m parenting my kid all wrong, until I do this one thing.

As a parent, how many times have you heard that you’re doing something wrong? Or received unsolicited suggestions to do something differently?

Ever since I became a mom (not that long ago), I’ve lost count. Strangers easily judge my parenting methods. They pronounce verdicts about my actions with so much certainty, as if they’ve somehow known my children for longer, or maybe had several years of medical practice.

It gets to the point where I need to stop and tell myself a simple phrase: I know better.

But it’s tough when the peanut gallery feels so noisy, often chastising you, or recommending the exact opposite of whatever thing you chose:

“You’re going to use formula? Good mothers know the benefits of breast milk only.”

“You’re still breastfeeding? My gosh, he’s so big! I stopped at X months.”

“Wow, you quit your job? Was the maternity leave really short or something?”

“You’re back at work already? I felt it was too important to be around for that first year.”

These statements, though not vicious, have hurtful implications. It’s easy to start thinking that they’re really saying things like:

“You are a horrible mother if you don’t breastfeed.”

“Your breastfeeding is inappropriate.”

“You quit your job because you have no ambition.”

“You went back to work because you are a cold-blooded careerist.”

And in the constant stream of opinions and suggestions and questions, it can be hard to remember a simple parenting fact: No outsider can judge what is good for you and your child. So make your choices based on you, your child, your husband and your doctor. That’s it. It’s a small and worthy circle.

Why, then, does it seem so easy to judge the choices that other mom’s make? As moms, we’re all tempted to offer advice, or pass judgment about another mother. But we’d do well to remember our own thin skins. Because parenting isn’t easy. There aren’t yes or no answers most of the time, so it’s easy for others to sow the seed of anxiety and fear that a wrong choice was made.

It doesn’t help when we also get chewed out by the very people we’re doing all this worrying and deciding for — our children. The little ones don’t do it intentionally, of course: a one-year-old doesn’t understand that accidentally kicking his mom in the gut during a temper tantrum hurts her. But we all know that the older ones sometimes cause us pain a little more deliberately: an unhappy teen screaming “I hate you” as he storms off for some trivial reason.

And we accept it all, not because we are some masochistic martyrs, or because we don’t see the world beyond motherhood. We take the criticisms and setbacks in stride because we love that little person the most in the world. Even though a two-year-old can make you want to run away and forget it all sometimes, you can bet that a few moments later he’ll have you grinning like a fool. You love other people, too, of course. You love your husband, parents, and friends, but this little person lived inside of you for nine months — he was a part of you, which created an extraordinary and unique bond between the two of you.

It also means that for a long time (certainly the first few years of his life) you and your husband are everything to your child. His entire world. And just revisiting that knowledge from time to time can help you survive the most difficult moments of parenthood. It can give you strength when you feel helpless, or when you have had enough. That’s when you should look at your child, remember how much he relies on you, and wait for that one smile. It can dispel all your doubts and restore your belief that you’re doing the best job you can at being his mom.

Hard to believe just that such a small piece of advice can be so curative? I have already experienced dozens (if not hundreds) of moments like this, even though I have been a mom relatively short period of time. My little boy knows how to push my buttons and frustrate me tremendously, but a moment later, one smile, one little gesture, an attempt to say “mama” or independently toddle around, and my motherly heart melts. I set aside how upset I was just a moment ago because suddenly I remember how important I am to him. I remember how great an influence I’ll have on his choices as he grows up, and how I’ll be a part of his life.