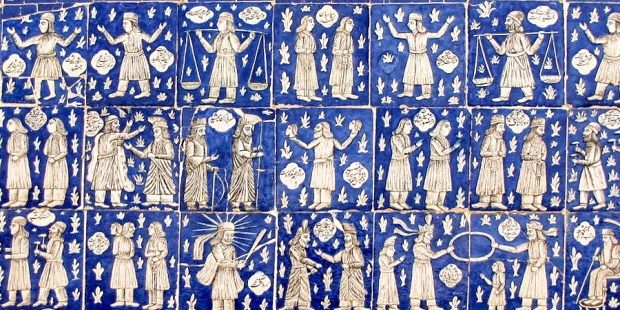 A recent article by Joobin Bekhrad for the BBC sheds light on the possible Iranian roots of Western religions.

Persian and Judeo-Persian studies have been neglected for a long time, for several different reasons: improper cataloging of literary and archaeological materials, inadequate knowledge of not only Persian languages but also of the Persian literary tradition, limited access to certain sources, or plain and simple lack of interest.

But even if all these reasons seem to explain why this field has remained underdeveloped both in academia and beyond until recently, that doesn’t seem to be the case anymore. A renewed scholarly interest in the area is thriving in several seminars, universities, and institutes around the globe. The reason, as Joobin Bekhrad claims in a recent article published by the BBC, lies in the fact that “a brief glance at an ancient religion – still being practiced today – suggests that what many take for granted as wholesome Western ideals, beliefs and culture may in fact have Iranian roots.” The religion Bekhrad refers to is Zoroastrianism.

Around 1500-1000 BC, Irano-Aryans worshiped the deities of what would later on become the classic pantheon of Hinduism. Zarathustra, the Iranian prophet, condemned these religious practices (just like the prophets of Israel would do with the cult of Baal), preaching that only Ahura Mazda (the Creator and sole god of Zoroastrianism) should be worshiped. This commandment has been seen by many as the birth of monotheism.

However, the Pharaoh Akhenaten has also been credited with the responsibility for introducing monotheism (circa 1350 BC) under the shape of the cult of the sun god Aten. In fact, Akhenaten has been often referred to as the pioneer of monotheism (a claim Freud developed in his Moses and Monotheism). But the canon of Zoroastrian literature (unlike the religion of Akhenaten) also introduced some other key notions that are to be found in the three Abrahamic religions (such as Hell, Heaven and Final Judgement). Scholars claim such ideas were introduced into Judaism during the exile in Babylon.

If you want to read Bekhrad’s article in its entirety, as published by the BBC, click here.