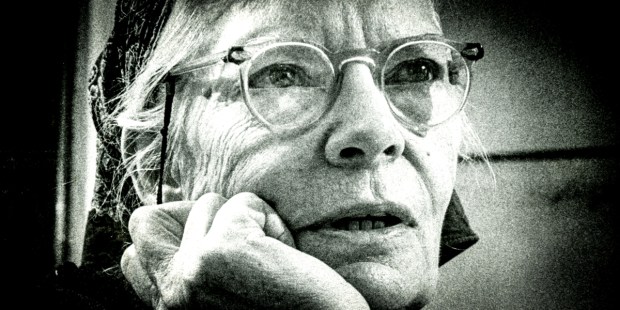 Did you know these two Catholic women heroes spent time together in Calcutta in 1970?

Many may not know, but in 1970 Dorothy Day took a trip to Calcutta and was invited by Mother Teresa to speak to her novices.

Catholic journalist Eileen Egan was with Dorothy on that trip, and shared her experience of the novices hearing Dorothy speak for the first time:

I saw their eyes widen as she recounted the many times she had chosen to go to jail. They understood going to prison for truth and liberation, as Gandhi had done; now they were hearing it in a specifically Christian context, that of the Works of Mercy, of visiting the prisoner by entering the prison.

People don’t often mention Dorothy Day and Mother Teresa in the same breath, and yet the connection between the two holy women runs deep.

I discovered this on a recent road trip, listening to another great Holy Heroes CD (the Catholic parents’ secret to keeping the kids quiet and happy in the back seat and teaching them about the faith at the same tine). This time around we were listening to the story of the woman now known as St. Teresa of Calcutta.

As a young child, Anjezë Gonxhe Bojaxhiu (Mother Teresa) was learning about the Gospel from her mother, and was given a simple reminder about how the entire Gospel can be summarized on five fingers. Her mother held up her five fingers and counted off a word on each one:

These five simple words, taken from Chapter 25 of the Gospel of Matthew, contained everything young Anjezë’s mother felt she needed to know in order to live a life in accordance with the teaching of Jesus: “Truly I tell you, whatever you did for one of the least of these brothers and sisters of mine, you did it to me.”

That “Five Finger Gospel” stuck with Anjezë, keeping her focused on what God wanted for her, and continued to define her life and everything she did. Her decision to make answering this call her life’s mission is exactly what put her on the path of becoming the great saint Catholics will now honor forever.

Dorothy Day, meanwhile, though she might not have received quite the same explanation, was most definitely living a life in accordance with the “Five Finger Gospel” taught to Mother Teresa.

From a young age, Dorothy was connected to the plight of those facing social injustice, and her drive to help the least of her brothers and sisters defined her existence. This only intensified after her conversion to Catholicism. Her dedication to the Sermon on the Mount and helping Jesus in the least of these transformed her life, the lives of countless others that she touched, and has lived on to transform the lives of so many who have been touched by Dorothy through her work and her writing.

In starting the Catholic Worker Houses of Hospitality alongside Peter Maurin in the 1930s, Dorothy provided a road map for giving up one’s entire life in order to help Jesus Himself, finding Him in all the poor and suffering who came to her for help.

With her cause for canonization opened just last year, only time will tell if Dorothy Day will follow the footsteps of Mother Teresa into the glory of being recognized as an officially canonized saint in the Catholic Church.

One thing is for sure, though: On that day in 1970 when Day and Mother Teresa were together in Calcutta, Jesus was smiling down at two women who embodied that “Five Finger Gospel” young Anjezë was taught so many years before, and He now looks to all of us, hoping we to can be transformed by those five words today.

Read more:
I’m back from Calcutta and still having nightmares