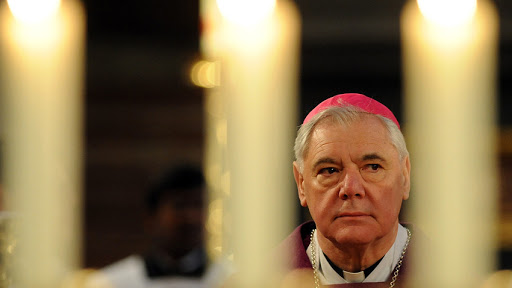 The Vatican doctrinal chief sits down with Aleteia Poland in this wide-ranging, exclusive interview.

My fourth question concerns the present-day Christian martyrs, for instance in Syria, Egypt, or even France. The Second Vatican Council encourages us to read the signs of the times and to interpret them within their current context. What, then, does this signum temporis – the new martyrs – tell us today?

Cardinal Müller: A perception lingers that martyrs lived only in ancient Roman times. When we think about martyrs in contemporary history, it is mainly those in the 20th century in Christian countries such as Germany, the Soviet Union and the Soviet Bloc.

Now this great challenge has re-appeared due to radical Islamism. The Islamic countries must take a stand with respect to religious freedom, the freedom of human conscience, and they should respect them. One must not say: “I come from God and will decide about your life.” Each and every one of us must decide in their conscience whether or not to remain in the faith.

This is what we need to learn, also in the Western countries which are placing freedom of conscience in jeopardy, for instance when a person is forced to assist in an abortion in keeping with the law. This, too, is a slightly different form of persecuting Christians, the gravest violation of the freedom of conscience. We need to re-learn, also in the Western countries, in secular states, what the freedom of religion and confession of faith means.

We cannot be arrogantly outraged by Islamists, as we ourselves do not fully and unrestrictedly recognize freedom of religion and confession of faith. This is precisely the reading of the signs of the time: the Church is an advocate of unrestricted human rights and universal human dignity, or the dignity of all people. We defend not only the believers of the Catholic Church or other Christian Churches, but defend each and every person.