Fjærland is a Norwegian book town, with book shops situated in old cow sheds and pigpens; there are also book shops on the ferry quay and in the Hotel Mundal.

Attracting bibliophiles from Spain to Norway, “book towns” are part of a slow but steady revival of rural Europe.

No matter how minutely one goes through the hundreds of different stories woven around the legendary figure of St. George, from Aragon to England, and from Lebanon to Catalonia, there is not a single anecdote that might help us relate the beloved saint to the noble pastime of reading. In fact, the European tradition that invites us to give a book to a loved one on St. George’s Day is quite recent, and has absolutely nothing to do with the saint.

In 1995 UNESCO proclaimed April 23, the same day that the liturgical calendar commemorates the death of St. George, as World Book Day, giving rise to a new popular tradition that joins both commemorations into one. Now, those who celebrate St. George’s Day give each other a rose (the legend claims a rose sprouted from the blood of the dragon after the saint slayed the beast) and a book.

But there are certain towns in Europe which, unknowingly, seem to be celebrating St. George’s Day all year round. These are the so-called book towns, small rural villages that, after the closure of the large industrial centers that provided work to their inhabitants, have reimagined themselves, becoming tourism magnets attracting bibliophiles. Now, those towns are indeed the new meccas of reading festivals and antiquarian bookstores proffering the old and the rare.

Take, for instance, the small Welsh village of Hay-On-Wye, which houses about two dozen bookstores and barely 2,000 inhabitants. The numbers in the small town of Fjaerland, in Norway, are quite similar, as are those of Redu, in Belgium. But Urueña, in the Spanish region of Castilla-León, gets the prize: with 213 inhabitants and four museums, it has been labeled a “Bookville.”

Today, St. George’s Day, think about planning a visit next year to one of these book shrines. And make sure you bring your rose to town.

Check out the gallery! 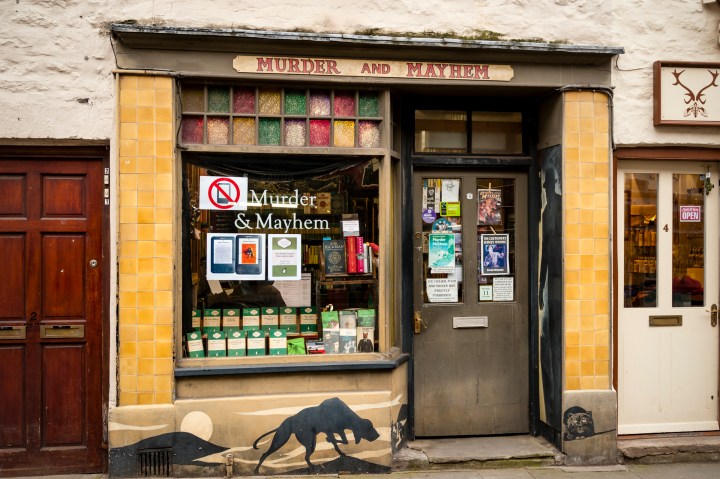