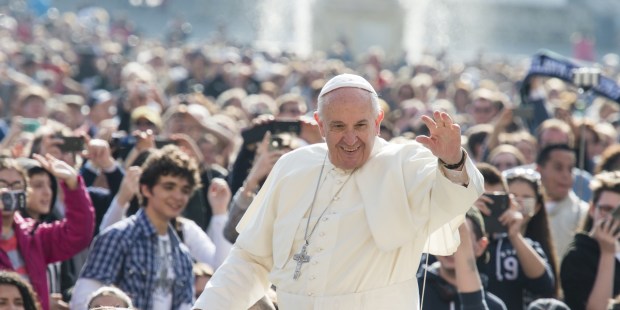 The Holy See “has no particular concerns” about security during the papal trip to Egypt, Vatican spokesman says

VATICAN — The Holy See “has no particular concerns” about security ahead of Pope Francis’ apostolic visit to Egypt this Friday and Saturday, April 28-29, Vatican spokesman Greg Burke said today.

With increased concern following the double-bombing of two Coptic churches in Cairo on Palm Sunday, which killed 45 Christians and wounded 100, Burke was asked repeatedly about security conditions during the pope’s upcoming visit, at a press briefing this afternoon. Burke responded to reporters, saying the Holy See had no “particular concerns.”

“We live in a world in which we must learn to live with the risk of an attack,” he said.

“The pope did not want to move around in an armored car during his trip to Egypt,” Burke said. He will therefore not be using a pope-mobile, but will instead travel in a “normal” car.

Burke added that during Holy Mass at the air force stadium and a meeting with seminarians, on Sunday, April 29, the pope will move through the crowds greeting people aboard a golf cart.

This will not be the first time Pope Francis has travelled by golf cart, but the stakes are perhaps higher. During his visit to the United States in September 2015, a special six-person, electric golf-cart was built to enable the pope to get around the grounds of St. Charles Borromeo Seminary in Philadelphia, where he was staying during his visit for the World Meeting of Families.

Details of the papal entourage

The Vatican spokesman also provided further details about the papal entourage during the two-day apostolic visit.

Vatican Secretary of State, Cardinal Pietro Parolin; Italian Cardinal Leonardo Sandri, Prefect of the Congregation for Eastern Churches; and Swiss Cardinal Kurt Koch, President of the Pontifical Council for the Promotion of Christian Unity, will accompany the pope throughout his two-day visit.

French Cardinal Jean-Louis Tauran, Prefect of the Pontifical Council for Interreligious Dialogue, will be arriving in Cairo ahead of the pope and will then join the papal entourage, Burke said.

A medal commemorating the pope’s visit to Egypt will be struck, the Vatican spokesman also said. The medal will feature characteristic elements of the country, and will picture the Holy Family’s flight into Egypt after the birth of Christ, to escape persecution by Herod.