The beautiful and ancient custom of blessing fields on Rogation Days 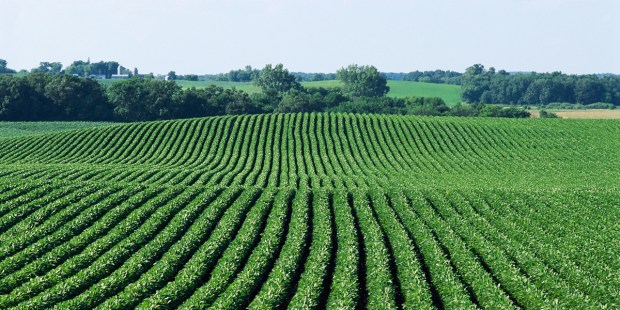 These days of supplication recognize the providential care God has over creation.

Since the very beginning of Christianity there has been a custom in the Roman Church of processing throughout the city (or countryside) on certain days of the year, begging God’s blessing and protection over the people. These were called “Rogation Days,” from the Latin rogare, meaning “to ask.”

These days of prayer focused on religious processions incorporating prayers referred to as the “Greater and Minor Litanies,” where the priests and people chanted litanies of supplication to God.

The Greater Litanies were celebrated on April 25 of every year and the Minor Litanies occurred on the Monday, Tuesday and Wednesday before Ascension Thursday. Traditionally the Litany of the Saints is sung during the procession and is followed by several prayers. The Mass on these days is celebrated in a somber mood of supplication, without the Gloria, and in violet vestments.

It is believed that the Church in Rome established the Greater Litanies on April 25 to commemorate the entrance of Saint Peter into Rome, celebrating God’s providence and the designation of the city

as the center of Christendom.

French abbot Dom Prosper Guéranger explains the mood and purpose of the Rogation Days in his Liturgical Year.

Laden as we are with the manifold graces of this holy season, and elated with our Paschal joys, we must sober our gladness by reflecting on the motives which led the Church to cast this hour of shadow over our Easter sunshine. After all, we are sinners, with much to regret and much to fear; we have to avert those scourges which are due to the crimes of mankind; we have, by humbling ourselves and invoking the intercession of the Mother of God and the Saints, to obtain the health of our bodies, and the preservation of the fruits of the earth; we have to offer atonement to divine justice for our own and the world’s pride, sinful indulgences, and insubordination.

Over time Rogation Days became more associated with asking God’s blessing over the fields during the planting season. One of the prayers that is sung during the procession is, “Vouchsafe to give and preserve the fruits of the earth” and calls to mind the providential care God has over creation.

In rural parishes the procession would often take the form of walking the parish boundaries (a custom known in England as “beating the bounds”) and going through the fields of the many farmers, blessing their crops in hopes of a bountiful harvest in the fall.

After Vatican II, the Sacred Congregation of Divine Worship published General Norms for the Liturgical Year and the Calendar in 1969, and gave local bishops the authority to adapt this custom to their region.

On rogation and ember days the practice of the Church is to offer prayers to the Lord for the needs of all people, especially for the productivity of the earth and for human labor, and to give him public thanks. In order to adapt the rogation and ember days to various regions … the conferences of bishops should arrange the time and plan for their celebration.

Read more:
Do Catholics still celebrate Ember Days? And what ARE Ember Days?

The USCCB currently has an entire section devoted to the prayers of Rogation Days on their website under “Prayers to Care for Creation.” In it the bishops have provided a great resource of prayers that can be used, including a prayer service that can even be led by a lay person in the absence of a priest.

In the end, Rogation Days, while no longer on the general calendar of the Roman Rite, can still be celebrated both at the parish and at home. They provide us with an opportunity to recognize the providential care and dominion God has over creation and to ask him for blessings on the future harvest. He is still the one in charge of creation and calls us to be faithful stewards of the “common home” he has given us.