5 years ago today, feeling like a failure of a man, I tried to kill myself 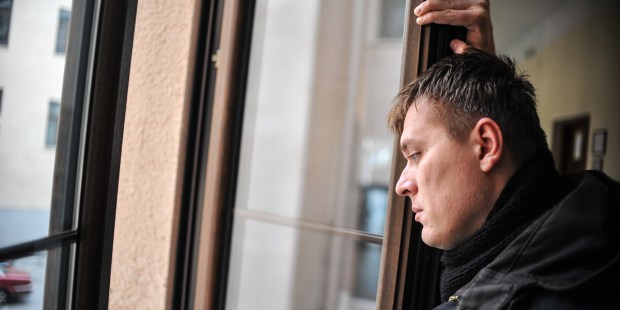 Even my faith was darkened during that terrible low, but God has turned this anniversary into a joyful one.

It’s an anniversary I’m not at all proud of. And the worst part of this particular suicide attempt wasn’t what I tried to do, but the huge burden of guilt I carried afterward.

Looking back, maybe my sleep-deprived, hazy mind simply didn’t allow me to think through all the potential consequences of changing medications. I was tired of feeling like a zombie, always on the verge of tears. I was tired of staring in the dark in the wee hours of the morning, wondering if this episode ever would end.

So when my doctor suggested a new antidepressant that might help me sleep, I didn’t give it much thought or consult first with Donna, my wife. “Okay,” I told him. “Let’s make the change.”

Normally, I would pray about such a dilemma. But about the time my nighttime peace had faded, so too had my spiritual peace. I couldn’t sense God’s presence, not any time and not any place. Granted, that’s not so unusual; like most people I don’t always have a powerful awareness that God is with me. But I’m almost always able to talk with Him while having the full faith and knowledge that He is there, somehow, and hears me.

This time, I couldn’t do even that. I couldn’t pray. At all. I couldn’t quiet myself and my world to listen for His voice or promptings. I couldn’t even simply recite the words of familiar prayers.

Unable to pray, I felt spiritually and emotionally that I was constantly gasping for breath.

Depression and anxiety can be painfully isolating illnesses. Since 2001, I had grown accustomed to feeling alone and abandoned, even by my loving family and closest friends. It was a battle that I felt, irrationally, I was waging on my own. But I knew I had God’s help and that kept me going. Yet this time, even though I was certain He still was nearby, I felt abandoned by God, too.

There can be no greater loneliness.

Read more:
‘Why have you forsaken me?’: A reflection from a mom facing tragic loss

So my thoughts, in the throes of debilitating insomnia, in the pit of severe depression and despair, turned a most dangerous direction. Beginning some time during the first week of April 2012, my mind was filled with the allure of suicide.

This wasn’t the first time. I had made two earlier attempts since major depression and severe anxiety struck. There had been other times when I checked myself into a hospital because I didn’t feel safe with myself.

I have tried more than 30 medications and received regular psychotherapy. I underwent electro-convulsive therapy treatments and tried numerous other ideas, such as acupuncture, diet supplements and an exercise program. My faith in God, who somehow convinced me I still was worth loving, kept me looking for possible answers.

Read more:
How the aftereffects of shock therapy helped me identify with the Baby Jesus

But in April 2012, I felt like a failure and a miserable excuse for a man. I was thinking about suicide every waking hour. I took a leave of absence from work. I was tired of living this way for more than a decade and saw no end in sight.

During the day of April 26, I decided I didn’t have any fight left in me. So I took more than 60 pills from my bottle of antidepressants, then prepared to empty that bottle. On the way, I collapsed and, as Donna watched, suffered a grand mal seizure.

I don’t remember anything until several hours later, when I awakened in a hospital bed. My swollen tongue prevented me from speaking coherently. I tried to move my legs with only minimal success. Donna was there, along with a nurse and doctor.

Two thoughts went through my mind: How really stupid I was, and how I was such a failure that I couldn’t do even suicide well.

During the next three days, I regained enough strength in my legs to stand on my own, a bit wobbly but well enough to know I would walk normally again. And the swelling in my tongue reduced. Still, I wasn’t saying much about what had happened. The doctors, nurses and Donna all acted on the theory that I had suffered a seizure, and they worked to determine the cause. None of them suspected an overdose; I didn’t tell them differently.

The burden of that secret and the subsequent guilt weighed a ton. After my second suicide attempt, I had promised Donna I never would try that again. I had promised my best friend the same thing. I had broken those promises. It was almost more than I could bear.

During the next two months, I gradually released some of the internal strain. First, I confessed my action to my parish priest. Then, I revealed things to my psychiatrist, and finally to my therapist.

The greatest relief came in late June. Finally I was able to feel that God was there and, truly, always had been there. For the first time in months, my tears expressed a sense of peace, a measure of joy and gratitude, a dose of solace.

Finally, about a year later, I summoned the courage to tell Donna. She forgave me. A year after that, I told my best friend, who forgave me as well.

And we do the best we can to spread awareness of mental illness issues all year long, especially in May.

By the way, my youngest daughter got married on April 26, 2014. The date now serves as a joyful anniversary, not one loaded with regret. God truly is good.

Read more:
Suicides Are up — What to Do About It