Are drones already a tool of humanitarian aid? 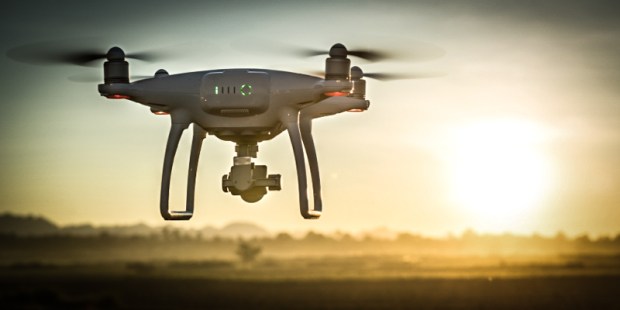 It seems drones are no longer just for war or entertainment.

When most people think of drones, they think of bombing. Although the summary of multiple military operations carried out with these unmanned aerial vehicles (as they are commonly referred to) constantly floods media, they are also being used in a more friendly manner.

Glòria Pallarès, an international journalist specializing in global development and humanitarian action, has thoroughly analyzed the recently co-financed study of the European Commission’s Humanitarian Action Office, led by the Swiss foundation FSD, on the use of drones in humanitarian action.

“Drones are being used more often, and in better ways,” says Pallarès. Organizations such as the World Bank, the Luxembourg Red Cross and the UNHCR are, in fact, actively using them. “They are investing in research on how to make rational use of drones, Pallarès adds.

What can drones do?

The journalist explains that “unmanned aerial vehicles are being used both to monitor natural disaster situations and in contexts of mass displacement of populations due to lack of personal safety and hunger.” In fact, as the study explains, drones are especially useful for mapping densely populated areas such as suburbs and refugee camps, as they can take high-resolution photographs and videos even when the skies are cloudy. In addition, “since they provide real-time information, they allow for more agile and well-informed decisions and. In a nutshell, drones save lives.”

In an article published in El País Planeta Futuro, Pallarès explains that the T-800M drone is constantly providing maps of all the Nigerian displaced settlements, which are constantly on the move to escape the violence and threats of Boko Haram. With these maps, people’s needs can be met, and sanitation, health and education services are planned accordingly.

However, Pallarès points out that “the use of this technology would not be suitable in contexts of active conflict, where previously drones with military purposes have been used. That is why it should be noted that drones are only used when it indeed makes sense to do so.” In addition, the journalist adds, experts indicate the consent of local authorities and beneficiary communities is always needed, and drone flights should always be in compliance with current national and international legislation.

After interviewing 200 humanitarian workers from 61 different countries, the study concludes that this technology can significantly help improve the quality and effectiveness of international humanitarian aid. Thus, according to Pallarès, it is expected that the different possible uses of this technology continue to increase. However, the journalist stresses that “experts point out that drones will not be a universal, definitive solution, but rather an additional tool for humanitarian action.”