Christians in exile: Isn’t that where we are supposed to be? 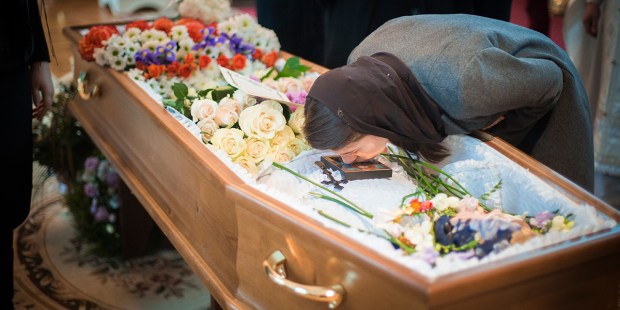 “Can you be homesick if you have no home?” Does that question strike you as odd? It was put to me by a friend who had relocated with her family for business reasons, to a location they haven’t warmed to even after a few years had passed. They’d been uprooted from a place they’re not likely able to return to—the place they had once called “home.” After a few years, they’ll be able to relocate—they don’t know where just yet—and already they’re wondering if they will ever call any place “home” again.

It’s part of human nature to desire a sense of belonging, of proper place, of familiarity and routine that combine to say, “This is where you belong—where you’ve always been meant to be.” Absent that sense of home, then, we can suffer from a homesickness that reminds us that we aren’t where we should be. Here’s the paradox: That very human feeling of homesickness can be contrary to our vocation as Christians.

Rightly praising God for this Earth made good, we Christians must resist the temptation (yes, the temptation) to treat this world and what we make of it as our true home. Wasn’t it that great wit, Samuel Johnson, who, upon seeing the magnificent Palace of Versailles exclaimed, “The trouble with a place like this is that it makes it too difficult for us to die!” In other words, the things of this world—whether base or fine, but perhaps especially the fine—make us want to remain in this world in order to possess the things of this world. That’s a foolish wish for creatures like us who are born to die. And it’s a calamitous wish for Christians, who are made for so much more than what this world can give.

Consider these words from Saint Bonaventure: “Since happiness is nothing other than the enjoyment of the highest good, and since the highest good is above, no one can be happy unless he rises above himself, not by an ascent of the body, but of the heart.” Success in this life is not found in succeeding in this life, but in getting out of this life successfully—that is, with our hearts set on that which is above, that which alone can fulfill our aching and hungry hearts.

How shall we live so that our hearts will be free for the happiness of Heaven? We can be guided by Saint Ignatius Loyola’s “First Principle and Foundation”: “Man is created to praise, reverence, and serve God our Lord, and by this means to save his soul. And the other things on the face of the earth are created for man and that they may help him in prosecuting the end for which he is created. From this it follows that man is to use them as much as they help him on to his end, and ought to rid himself of them so far as they hinder him as to it. For this it is necessary to make ourselves indifferent to all created things in all that is allowed to the choice of our free will and is not prohibited to it; so that, on our part, we want not health rather than sickness, riches rather than poverty, honor rather than dishonor, long rather than short life, and so in all the rest; desiring and choosing only what is most conducive for us to the end for which we are created.”

Saint Ignatius describes a kind of freedom that the worldly cannot imagine, much less understand. Remember that in his autobiography, Ignatius only referred to himself as “the Pilgrim.” He knew that he was merely passing through this world on the way to his proper destination; he didn’t try to make himself at home in this world. Wise pilgrims travel light, carrying with them only what helps them on their way, letting go of what’s no longer useful, avoiding even otherwise good things that will only burden them on their journey.

Do we Christians understand that we’re wayfarers (that is, only those passing through), and not home-builders in this passing world? Do we conduct ourselves as pilgrims who set their hearts and order their lives for the sake of attaining their sacred destination? Do we have the vision and courage to admit that our homesickness is for a home we’ve not yet seen and cannot find in this life? As the Solemnities of the Ascension and Pentecost approach, let’s declare to ourselves, the world and God that we aren’t lost—we homesick Christians are pilgrims on our way to the heart of Our Heavenly Father, our only true home.

When I write next, I’ll speak of the link between worship and justice (by which I do not mean “social justice”). Until then, let’s keep each other in prayer.