Lizzie Velasquez: Beautiful, in every way 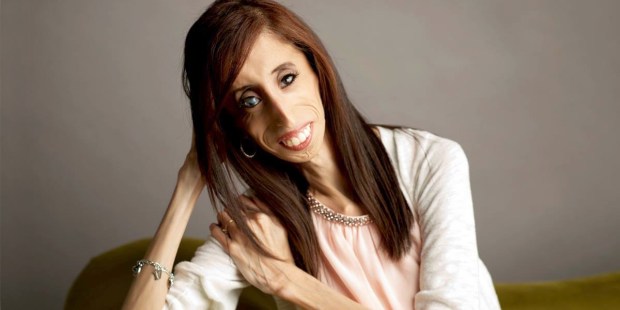 The name people often give her — World’s Ugliest Woman — is not only mean, it’s a lie.

What would you do if you were online one day and happened to click on a video called “World’s Ugliest Woman” — a video that had 4 million views — only to see your own face staring back at you?

Or would you choose a different path — a harder, more courageous one? Would you let that moment be the impetus for who you would become, let it inspire you to speak out relentlessly against bullying and challenge our shallow standards of beauty?

Lizzie Velasquez took the second path. She was born four weeks premature, and doctors were so shocked by her appearance that they took a Polaroid to her parents first, to prepare them for the sight of their daughter. Her parents didn’t want the picture, though — they wanted their baby, and demanded that the doctors bring her immediately.

Lizzie’s official diagnosis is neonatal progeroid syndrome, a genetic disorder that makes her unable to gain weight and has left her blind in her right eye and vision-impaired in her left. Growing up in Texas, Lizzie said she knew she looked different than other kids, but her parents’ deep love for her gave her a foundation of confidence and security.

It was the assurance of her parents’ love that saved her when she stumbled upon that YouTube video at the age of 17. After reading every comment, desperately seeking one person who would stand up for her, she looked out at her mom in the living room.

I knew that if that video crushed me as much as it did, I couldn’t imagine what it would do to her. And I think that’s where the light was turned on for me that I am not going to sit here and let their words become the definition of who I am.

A year later, Lizzie’s principal asked her to give a speech in front of her high school. The principal assured her ahead of time that there would be teachers on hand to calm down the students if they got rowdy, but when Lizzie remembered to look up halfway through, her classmates were all dead silent and totally focused on her. Some had even teared up. In that moment, she felt like the “I’m different shield” that surrounded her was gone, and they were all just “one group of people.”

That experience was pivotal for Lizzie, and she has gone on to become a motivational speaker and ardent anti-bullying advocate. She’s given a Tedx talk, written several books, has her own YouTube channel and Fullscreen series — and through it all, she has relied on her Catholic faith to get her through the darkest of times.

“It’s been my rock through everything, just having the time to be alone and pray and talk to God and know that He’s there for me.”

In nearly all the articles about Lizzie, the headline contains some reference to that YouTube video that called her the “world’s ugliest woman.” But if Lizzie can stand up in the face of that narrative and prove it wholly, utterly false, we can follow her lead and refuse to perpetuate it.

She’s not ugly, in any way. She’s beautiful, in every way.