These hungry little caterpillars could save our landfills 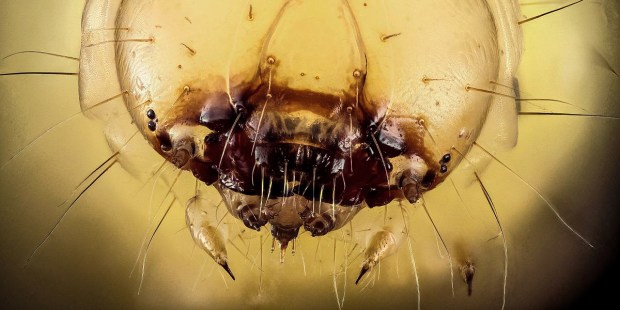 They may be the solution to non-biodegradable polyethylene.

Sometimes the smallest creatures can have the biggest impact. Federica Bertocchini is a scientist and amateur beekeeper who was tending to her bees when she noticed parasitic worms had infested her hive. Wax worms lay their eggs in bee hives, so their larva can thrive on stolen honey.

While removing the unwanted element, she noticed that the worms had begun to eat through the plastic bag in which she collected them. Her scientific mind began to race as she realized that these little worms, most commonly produced as fishing bait, are able to break the chemical bonds of polyethylene, the non-biodegradable packaging plastic.

Phys.org has the story:

Bertocchini, from the Institute of Biomedicine and Biotechnology of Cantabria (CSIC), Spain, collaborated with colleagues Paolo Bombelli and Christopher Howe at the University of Cambridge’s Department of Biochemistry to conduct a timed experiment.

Around a hundred wax worms were exposed to a plastic bag from a UK supermarket. Holes started to appear after just 40 minutes, and after 12 hours there was a reduction in plastic mass of 92mg from the bag.

Scientists say that the degradation rate is extremely fast compared to other recent discoveries, such as bacteria reported last year to biodegrade some plastics at a rate of just 0.13mg a day.

“If a single enzyme is responsible for this chemical process, its reproduction on a large scale using biotechnological methods should be achievable,” said Cambridge’s Paolo Bombelli, first author of the study published today in the journal Current Biology.

“This discovery could be an important tool for helping to get rid of the polyethylene plastic waste accumulated in landfill sites and oceans.”