If I am murdered, may my children fight for life, not death 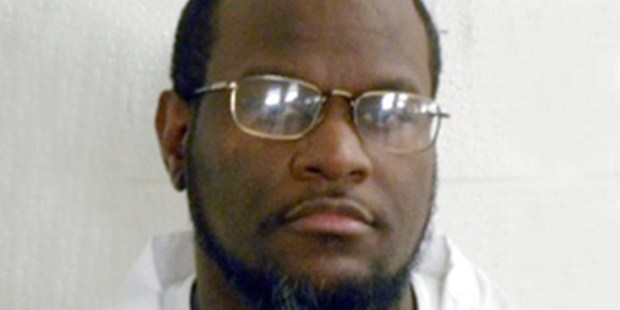 “We know what they are going through,” wrote Kayla Greenwood, talking about the people Kenneth Williams had hurt. They included the family of the man for whose murder he was executed Thursday night, and the family of a college student he had murdered years before. Williams killed Greenwood’s father in a car accident after he escaped from prison.

I’ve written our four children that if, heaven forfend, someone murdered their mother or me, that I expect them to do the same thing as Kayla Greenwood. I first wrote that I hoped they would, and then decided that this was a matter about which I wanted to be imperative.

A pain not cured by execution

“Ours,” Greenwood said in a letter to the governor of Arkansas published in The Guardian, “is a pain that we have decided not to try and cure by seeking an execution. His execution will not bring my father back or return to us what has been taken, but it will cause additional suffering.”

The family asked Governor Asa Hutchinson to spare Williams’s life. He didn’t. Williams was the fourth and last death row inmate of the eight the state had hoped to execute by the end of the month. Courts blocked the execution of the other four.

Greenwood’s family had brought Williams’ daughter and granddaughter to Arkansas so they could see him one last time. They picked them up at the airport and drove them to the prison. “Watching her leave the prison and knowing that was probably their last goodbye broke my heart. Jasmine had done nothing at all but like me, she could lose her father. If Mr Williams is executed, her loss, her pain will be as real as mine. I do not wish this on anyone.”

She gave the governor a practical reason to spare Williams’ life. “He is man who counsels and helps people who may be in a dark place because they never felt love, or were victims of a horrible upbringing that caused trauma and hurt,” she wrote.

Because he once knew that same dark place, Mr Williams could connect and show people that from even the darkest of places, you can always come out and change and help others to see right from wrong. … I know Mr Williams has and will change people he meets for the better and alive, he can make a positive difference and I believe that is the most beautiful story of justice.

The “same dark place” included very bad learning disabilities and neuropsychological problems, possible brain damage, a childhood of extreme poverty with drug-abusing parents, severe physical abuse from his father and having to see his father beat his mother, being placed at just 6 years old in the juvenile correction system, and being shuffled between six foster homes and sometimes suffering sexual abuse.

Williams had changed. As he wrote three weeks before his death, “I don’t want to live only because someone else suffers that agony. Others suffering in order that I live for however much longer — that’s no hope at all, not if I have truly learned my lesson to value other people’s lives.” He asked to take Communion as his last meal.

Almost everyone on death row has such a story of suffering, and some of them have a story of redemption. That doesn’t affect what we must do. Turn the other cheek, forgive those who trespass against us, pray for those who persecute us, those are all Divine orders.

We don’t need reasons to pity the one who hurts us. The man does not need to be worthy of our mercy. We must care for the murderer of someone we love even if the killer had had a good life and hasn’t changed.

Priests and doctors urge us make living wills and advanced medical directives so our children will know what to do when we can’t speak for ourselves. Maybe parents should give their children an advanced moral directive. We hope their entire upbringing will direct them, but on some matters, when what we want goes so hard against what they will feel, we should say so directly.

So, my children, if ever you face this choice, do what Kayla Greenwood did.