The Egyptian oasis through which Mary, Joseph and Jesus escaped from Herod

Wadi El Natrun is an ancient Christian monastic center. Its monasteries are still in use.

Wadi El Natrun is 90 kilometers away from Cairo on the way that leads to Alexandria. In the light of the recent terrorist attacks and ongoing discrimination against the Coptic community, it stands as a heroic post of resistance. Saint Macarius of Egypt was the first hermit to get there, in the year 330, looking for the solitude of the oasis which, tradition claims, the Holy Family crossed while fleeing from Herod’s persecution. Soon after, some other hermits and anchorites (including, of course, some of the most famous Fathers of the Desert) would follow his lead, eventually founding a significant number of monasteries, some of them still active to the day. In fact, from the 4th to the 7th centuries, the Natrun Valley (that’s what Wadi El Natrun means) became one of the main centers of spiritual activity in north Africa and the Near East, even during the Muslim conquest of Egypt. In its days of maximum splendor, the valley was home to around 50.000 monks, and its libraries are, still today, home to more than 3,000 invaluable manuscripts.

As told by Francisco Carrión in his chronicle published in the Spanish journal El País, “the inhospitable wasteland is riddled with biblical echoes.” According to tradition, this is the path Mary and Joseph traveled while saving Jesus from Herod and his followers. As in the case of the Carmelites in Haifa, the first hermits that settled here came to the Valley seduced by these stories.

The birth of these communities is one of the biggest contributions of Copts to all Christianity. Allegedly, as Carrión tells, a non-consented marriage in the year 313 started it all. In a small village in the Nile Delta, a young man named Amun (Saint Amun, that is) was forced into marriage by his uncle when he was 20 years old. On his wedding night, he convinced his wife to live their lives together as brother and sister, giving themselves to God, which they did for around 18 years in strict celibacy.

Finally, Amun left home and retired to the desert. His wife founded a small convent in her house. Once he got to the Nitrian desert, Amun dug his eremitic cell with his own hands, where he would spend the remaining 22 years of his life, inspiring others.

That’s how the first communities in Wadi al Natrum were born. 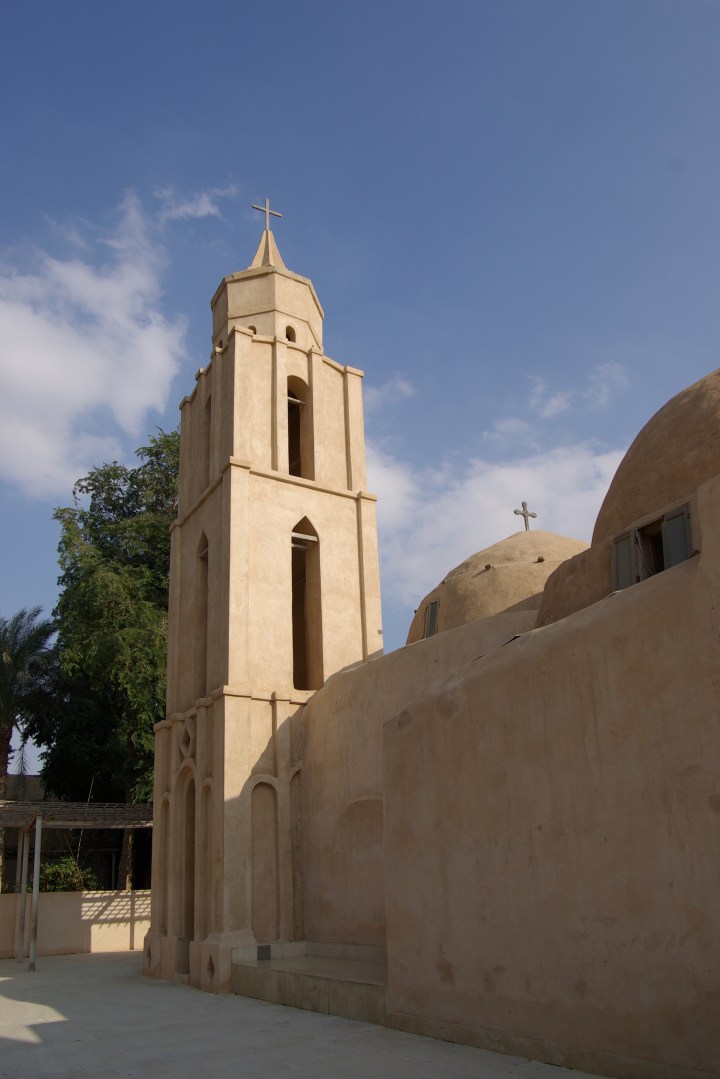