The real solution for the cry-room debates 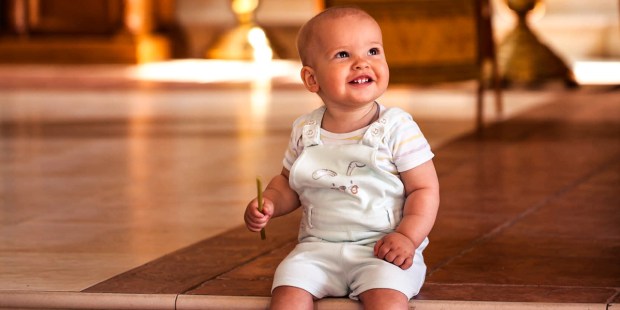 Uncle Screwtape had some advice that we should pay attention to.

Writing on Facebook, Kendra Tierney, from the popular blog Catholic All Year, ignited a firestorm by suggesting that instead of cry rooms for small children, parishes should establish Silent Worship Rooms for people who feel they’ll be distracted by “cooing babies or breastfeeding mothers, or the vocalizing of disabled adults, or the off-key singing of hard of hearing old ladies.”

The issue of cry rooms is guaranteed to bring energetic reactions from Catholics of many stripes, and Tierney’s post was no exception.

It was shared more than 1,000 times and garnered about that same number of comments. There was the usual back-and-forth between those emphasizing the need for parents to teach children to behave, and those sharing stories of how horrified they’d been when a priest or parishioner called them out for their rambunctious children. Several noted that parenting goes through different seasons and pointed out the distinct challenges that accompany those phases, or other circumstances.

Tierney joined in with a follow-up comment, clarifying that she doesn’t think it’s acceptable for children to continually disrupt Mass.

“But, she states, “we need to think about what is the best way to handle it. Glaring at parents and kids, telling parents they MUST sit in the cry room, cornering parents after Mass and telling them their kids are a distraction. These things happen too often, and they are just the worst way to make things better.”

Like Tierney, I’ve had a priest gently encourage me to make use of the lobby with my lively children. People have moved away from us because of our noisy brood, and older people have angrily chastised us because they couldn’t hear Father preach. I understand how these comments might permanently deter parents and children from the sacraments, particularly in cases when parents might have only a tenuous connection to the Church in the first place.

However, as I read through the comments in this newest round of the debate, it occurred to me that the real issue is deeper.

What we need more of in the Church is the ability to put up with each other a little better.

In C.S. Lewis’ famous spiritual treatise The Screwtape Letters, Uncle Screwtape counsels his demon nephew, Wormwood, that one of the best ways to keep his newly converted Patient from getting into heaven is to keep the Patient focused on the people he is forced to sit with in the pew.

All that matters, Screwtape says, is the patient’s razor like attention on the people around him—how irritating they are, how below the Patient the other people are, and how much they bother the Patient.

Screwtape says, “Make his mind flit to and fro between an expression like ‘the body of Christ’ and the actual faces in the next pew.”

The actual faces, it’s true, are much harder to deal with than our mystical conception of Church — whether the face is that of the rude old lady yelling at my 2-year old after Mass or the face of the tantruming, albeit innocent, 2-year old himself.

Neither of these are the pious, easy-to-deal-with people we imagine in the body of Christ. And yet, aren’t the irksome, rude, and broken ones precisely the body of Christ we are called to love? Isn’t that, in fact, all of us?

Wormwood invites his patient to focus on the vexing nature of the imperfect people, but Christ invites us to love them. In Romans 12, Paul says:

Be devoted to one another in brotherly love.
Give preference to one another in honor.
Don’t be haughty but associate with the lowly.
If you can, be at peace with all men.
Bless those who persecute you, do not curse them.
Practice hospitality.

Our love must be sincere, regardless of whether the person on the receiving end has “earned” it.

Because really, no one in the pew or the lobby or the cry room or any other room deserves Christ’s love … yet he gives it to us anyway.