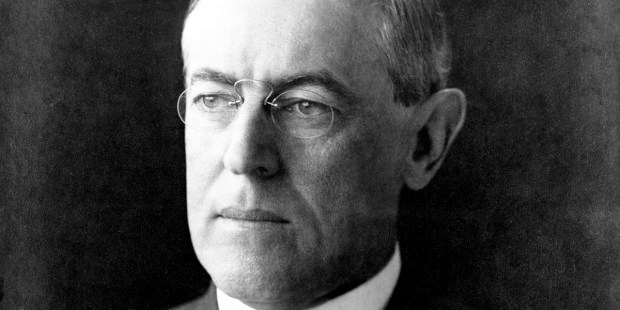 A “breathless” and breathtaking bit of historical analysis

Kansas City, Missouri, exults (that’s the word) in the Liberty Memorial. It is the national memorial for national sacrifice of World War I. Though there have been and, so far as I know, still are efforts to build a memorial in Washington, DC, let it be known: Kansas City did it first.

Ground was broken in 1921 with the Memorial dedicated in 1926. A local Kansas City committee set about building it and finding money for it. In less than a year following the November 1918 Armistice that ended World War I, Kansas City itself raised $2.5 million. That’s about $17.6 million today. An estimated full quarter of the city’s population of 320,000 and change made an average donation of $288. Today, that’s roughly $5,000 per donation.

Kansas City’s Memorial just observed the centennial of Congress’ April 6, 1917 declaration of war against Germany. The Memorial dominates part of the city’s landscape, sitting on a high bluff overlooking Union Station just north. It is iconic.

If you ever get the chance, you should see it. The exhibits are first rate. The artifacts are intriguing and the uniforms surprising (our boys were then comparatively little guys to the beefed out U.S. Army of today). The historical geopolitical displays explaining the circuitous route by which Americans entered our first real foreign war are credible, following a ordinary interpretation.

Jim Powell’s 2005 book, Wilson’s War (I spied it in the library as the Memorial anniversary was going on), is not ordinary.

If ever you do visit the Memorial, what you will not see is an exhibit room dedicated to How Woodrow Wilson’s Great Blunder Led to Hitler, Lenin, Stalin & World War II. But if ever there is to be such an exhibit, Powell will build it.

It was not a war we needed to fight, that’s the first among the many points Powell asserts. That we did fight it led to a catastrophic European peace that assigned war guilt to Germany that led to the rise of Hitler that led to the rise of Stalin, and on. Without America, in Powell’s alternative world, none of it would have happened.

Three years of stalemated fighting in Europe between the Allies and the Central Powers had left both sides exhausted. They were swiftly running out of men for the trenches. A forced negotiated peace seemed likely. But after all the blood and death squandered in the war, the leadership on neither side could bear telling their respective citizens it was all for nothing.

Britain and France kept fighting in the hope the U.S. would enter, mostly to provide more soldiers to decisively overwhelm the Germans. Wilson obliged. At the peace conference in Versailles after armistice, from which Germany was excluded, Wilson proved to be an inept diplomat. He was maneuvered into being a delegate, once voice among others. The French premiere, Clemenceau, dominated.

The book chapters are a litany of Wilson’s failures, as told by Powell. The effects of his failures stretched on long after his presidency and death. A litany of mistakes: how Wilson ignored this, assumed that; how Wilson’s prissy innocence got taken advantage of in peace talks, how his mistakes made possible Stalin’s Terror, plus paving the way for the Nazi regime.

It is really breathless. Everything you don’t like about international relations today, sure, it’s all pretty much Wilson’s responsibility. Make of that as you like.

What intrigues me most, however, is the absence of religion and what influence it played or did not among the belligerents. Secular histories always manage to ignore the religious experiences of historical actors and fail to account for it in their decisions.

There were initiatives to end the war from Pope Benedict XV and from the German Catholic Center Party in the Reichstag, but little else. The Allied powers in the Great War framed the conflict as a “modern crusade,” deliverance of civilization itself from the Hun.

French cardinals sponsored a 1915 booklet of essays alleging that German militarism was responsible for the war, the same Teutonic civilizational threat that brought down the Roman Empire. German churchmen countered that only German culture could preserve the world from the still destructive forces of the French Revolution and French atheism. Protestants, German Lutherans particularly, managed a no better sort of impartiality. The churches of Europe became chaplains to nationalism, and Christian killed Christian in the poppy fields of Flanders.

Wilson or not, the Great War was a world disaster.

Read more:
3 Books that reveal the ugly truth about war