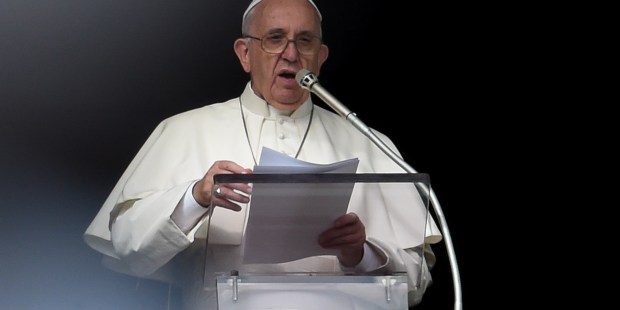 “I am united in sorrow with the families of the victims,” pope says at the Regina Caeli on Sunday

VATICAN CITY — Pope Francis on Sunday appealed for an end to violence in Venezuela, where nearly 30 people have been killed in unrest this month.

The Pope’s appeal came at noonday on Sunday before the recitation of the Regina Caeli in St. Peter’s Square.

“I make a heartfelt appeal to the government and all sectors of Venezuelan society to avoid any more forms of violence, to respect human rights and to seek a negotiated solution,” he said.

Decrying the “grave humanitarian, social, political and economic crisis that is exhausting the population,” the pope said we are continuing to receive dramatic and tragic news of people being killed, injured, and detained.

“I am united in sorrow with the families of the victims,” he pope said. “I entrust to the Most Holy Virgin Mary the intention of peace, reconciliation and democracy in that beloved nation.”

Venezuela’s opposition is demanding elections; autonomy for the legislature where they have a majority; a humanitarian aid channel from abroad to alleviate the economic crisis; and freedom for more than 100 activists jailed by President Nicolas Maduro’s government.

Vatican-led talks between the government and the opposition have broken down. On Saturday evening, during his return journey from Cairo, the Pope answered a question regarding the crisis in Venezuela and said that “very clear conditions” were necessary for the talks to resume.

Pope Francis also turned his thoughts and prayers for peace to all nations that are undergoing “grave difficulties,” such as the Republic of Macedonia.