4 Really good reasons ‘hooking up’ is a bad idea 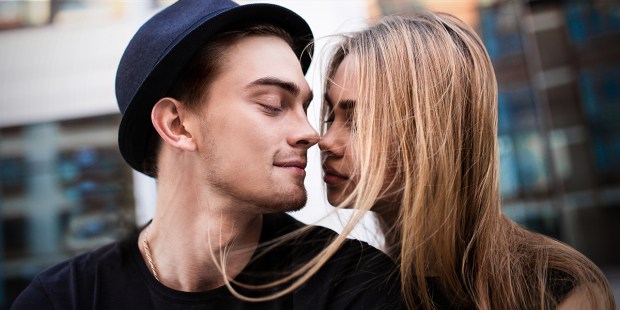 … that have nothing to do with religion or morality.

Music videos, Netflix, commercials, and even asking a friend how their weekend was can lead you to think that everyone is having sex. And even while statistics say that most people will have sex before they say “I do,” it doesn’t mean that hooking up is good for them, or that they won’t experience the consequences of hooking up later on in life. Check out these four reasons why the hook-up culture of today can have damaging effects in the future.

1. Some sexually transmitted diseases increase your risk for cancer.

In a recently published study, the Centers for Disease Control and Prevention found that almost 23 percent of American adults between ages 18 and 59 have a type of genital human papilloma virus (HPV) that increases their risks for some cancers. “We tend to overlook the fact that 20 percent of us are carrying the virus that can cause cancer,” Geraldine McQuillan told the Washington Post in an interview about the study. “People really need to realize that this is a serious concern.”

The study found that HPV is the most common sexually transmitted disease found in America — 80 million people are currently infected. But the numbers are growing, and 14 million new infections are found each year in both teens and adults. Granted, some of those infections will go away without even getting treatment. But some strains of HPV can lead to cancer later on in life. The CDC says that every year 31,000 adults (both men and women!) are told they have cancer that’s been caused by an HPV infection.

2. Hooking up today can cause problems in relationships (and marriages) tomorrow.

Hooking up is a catch-all phrase that’s used to describe a casual sexual interaction between two people who expect no kind of romantic commitment afterward. Multiple studies have estimated that 81 percent of college students have hooked up at least once. But just because a majority of people are having sex without a ring on their finger (or even a relationship status on Facebook), doesn’t mean that hooking up doesn’t have an effect on their future relationships and marriages.

Hooking up makes sex casual and commonplace — after all, everyone’s doing it, right? But viewing sex through the casual hook-up lens stops us from seeing how sex can truly unite two people who are going to be committed to each other for life.

The Kinsey Institute notes that one of the five factors that predict infidelity in a relationship is having had a high number of prior sex partners. Studies show that infidelity is a horrible experience for married couples, and has been rated by therapists as the most damaging and difficult issues to treat in couples therapy. If we’re making sex cheap and common today, how will we view sexual intimacy in the future? Hooking up is destroying how we look at intimacy.

3. Hooking up isn’t as sexually liberating as it’s made out to be.

Hooking up is supposed to be about freedom and experimentation without all the messy emotions and commitments of a relationship to get in the way. We’ve traded the romance of getting to know someone for a hookup that is uncaring, unthinking, and superficial. Hooking up has less to do with the thrilling, building excitement of a relationship and more to do with instant gratification and pleasure — something to brag about the day after the party.

Leah Fessler, a graduate of Middlebury College, wrote her senior thesis on hooking up on campus. In her paper, Can She Really ‘Play that Game’ Too?,  Fessler wrote: “The truth is that, for many women, there’s nothing liberating about emotionless, non-committal sex. The young women I spoke with were taking part in hookup culture because they thought that was what guys wanted, or because they hoped a casual encounter would be a stepping stone to commitment.”

In the sexual liberation movement of 1960s, we embraced a pill that removed the ‘inconvenience’ of getting pregnant. But in today’s culture, hooking up fools us into thinking we’ve gotten rid of the ‘inconvenience’ of emotions — we can be friends with benefits, right? Wrong. Instead, hooking up leaves us without a true sense of what friendship is, and a loss of the value of the true benefits of a friendship: honesty, vulnerability, and willing the good of the other person. In creating a “friends with benefits” situation, we’ve lost both the friendship and the benefits.

4. Hooking up is making us (particularly women) miserable.

A study done by Kinsey Institute researcher Justin Garcia and colleagues revealed quite a few unintended emotional consequences of hooking up. When the culture and media floods us with messages that hooking up is okay, normal, and enjoyable, people can be left feeling like something is wrong with them if they experience regret after hooking up.

Other common reactions besides regret include future sexual dysfunction, disappointment, confusion, embarrassment, guilt, and low self-esteem. Garcia found that even though individuals usually reported feeling proud, nervous, excited, and desirable or wanted before and during the hookup, their feelings became negative afterward.

Anne Campbell, a psychologist from Durham University, has done research that shows that the morning after a hook up, 80 percent of men had overall positive feelings; meanwhile, only 54 percent of women felt satisfied with the encounter.

Hooking up is a lie and hits women’s mental health hard. Even though the hook-up culture is today’s norm, and “everyone else is doing it,” hooking up isn’t fulfilling or healthy, for anyone, especially women, and it doesn’t pave the way for a happy future.