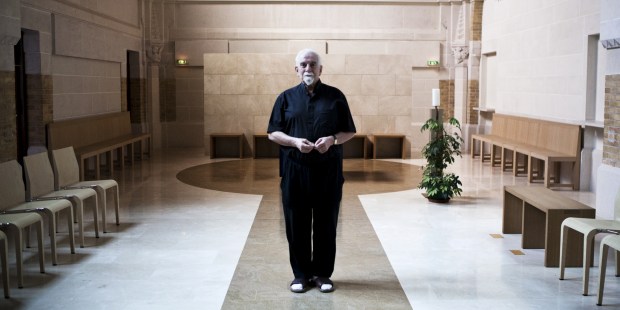 In a recent interview with Vatican Radio, Fr. Samir Khalil Samir reflects on the importance of the pope’s visit to Egypt.

VATICAN CITY — Pope Francis’ recent apostolic visit to Egypt has been widely regarded as a deeply significant journey that has drawn the world’s attention particularly to the plight of Coptic Christians.

Jesuit Father Samir Khalil Samir, an Egyptian Islamic scholar and professor at the Pontifical Oriental Institute in Rome, has called the pope’s visit to Egypt a very important and successful event that united and encouraged Christians and Muslims to build peace and fight violence.

In a May 1st interview with Vatican Radio, Fr. Samir explained why he believes the visit was so important.

Fr. Samir: Certainly, it was a successful visit. And it was very important because Egypt is isolated. This [visit] opens things, it let’s a little air in … Muslims feel they are in a difficult position because of terrorism. The fact of being able to find a man who supports you, who sympathizes, as in the case of the pope — this gives courage and strength to the president, as it does at Al-Azhar, but also certainly to all Christians in Egypt, because we are suffering from this terrorism.

This visit was also important for another reason: Muslims feel united to Christians amid the trial of these attacks. Muslims have supported us, and there are those who say: “You are our brothers.” This is also a witness to the success of the papal visit to Egypt.

Vatican Radio: Regarding interreligious dialogue and the meeting between the Pope and the Grand Imam, Al-Tayeb: what progress does it bring to the dialogue between Christians and Muslims?

Fr. Samir: The essential thing is that the Pope trusts Al-Tayab and Al-Azhar and encourages and supports them, as if to say: continue in this line of non-violence. Al-Azhar proclaims while the people say: “Yes, but what do we do to realize it?” Therefore, this might be an encouragement for them: they can count on the support of Christians, which they have seen in the support the Pope brought.

Vatican Radio: Lastly, Fr. Samir, in your opinion, what significance did the hours passed with the Pope in Cairo have for the Coptic community, and for the small Catholic minority?

Fr. Samir: For the Coptic Catholic community, which is extremely small, it means: The Pope is also interested in us, who number less than 300,000. And this is very important. But it also means the the Pope is the “father” of all Christians, not only Catholics, but all Christians. He has born witness to a brotherhood with everyone. No one is excluded. He showed this concretely: in embracing the Imam, Al-Tayeb, as well as the president, with sincere warmth. He also did so in his dialogue with the Orthodox, to the point of signing an accord regarding Baptism. This is a step forward which was previously unimaginable.

Lastly, as I said, regarding the small Catholic community, at all levels, this trip shows that we are one family, one people: the Egyptian people. We are different, but the diversity is an enrichment, not an impoverishment. This seems to me the threefold message that this quick journey has brought to Egypt. It is now up to us to put it into practice in daily life.