Diet and exercise tips from a 1900s health guru 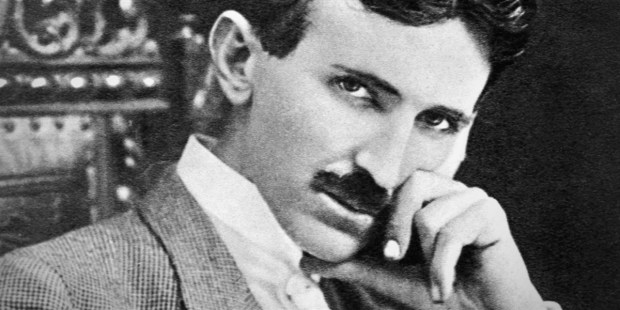 The great inventor Nikola Tesla had some progressive ideas about what keeps us healthy.

We all know that Serbian-born American engineer and inventor Nikola Tesla was an absolute genius, but I bet you didn’t know that he claimed his vigor and accomplishments could be traced to his unique diet and exercise regimen. Let’s take a look and see if we should adopt the secret to Tesla’s success …

First, Tesla’s general primer: He insisted that one’s health in old age was a direct result of discipline and virtue in youth. I can’t argue with him there — our current obesity and type 2 diabetes epidemic attests to the fact that disciplined eating matters.

Read more:
Breakfast and exercise: Which one comes first?

He also insisted that if people chose a life “compatible with their temperaments,” they would be immeasurably happier and never feel the need for a vacation. Which … I mean, okay, if we all had the luxury of choosing from a multitude of options, as well as the wisdom to fully understand our own personalities, maybe. But it’s probably important to mention here that Tesla never married or had children, and thus never had to adjust his life to accommodate the well-being and happiness of another person (or several other people). So yes, this is a good way to live as long as life never happens to you along the way.

Moving on to the concrete details of Tesla’s patented live-forever (until you’re 86) method, let’s talk about food. Tesla insists that we eat too much, and we eat the wrong things:

Why overburden the bodies that serve us? I eat but two meals a day, and I avoid all acid-producing foods. Almost everyone eats too many peas and beans and other foods containing uric acid and other poisons. I partake liberally of fresh vegetables, fish and meat sparingly, and rarely. Fish is reputed as fine brain food, but has a very strong acid reaction, as it contains a great deal of phosphorus. Acidity is by far the worst enemy to fight off in old age.

I’m going to remember that this was 1931 and Tesla was constrained by the lack of understanding of pH levels that we have today, and leave his explanations alone. Fresh vegetables are good, and he’s not wrong that fish and meat should be eaten sparingly (but they should probably be eaten often). He also insisted that coffee and tea should be avoided (heck, no) and that potatoes are splendid (of course).

Read more:
Do Nikola Tesla’s Remains Belong in a Church?

But then he claimed that alcohol is a “veritable elixir of life.” Don’t get me wrong — I would love it if this were true. If we could drink our way to longevity, this would be the best thing ever. The problem is that it’s the opposite of true — much like his insistence that sleep is unnecessary.

Allegedly, Tesla put Gilgamesh to shame and only slept for 4 to 5 hours once every few months. He admitted that he felt recharged “like a battery” after these stretches of sleep, but maintained that sleep is not “essential to one’s well-being.” And it might not be, as long as your well-being doesn’t include higher mental processes.

He was right about exercise, though. Tesla walked 8 to 10 miles a day and never took a cab when he had “time to use leg power.” In fact, his insistence that “most of the harm is done by over-eating and under-exercising” is exactly right.

So what’s the verdict? Should you diet and exercise like Tesla?

Well, not entirely. If you ignore Tesla’s concrete dietary advice (particularly the part about alcohol) and his bonkers insistence that sleep is optional, you could indeed improve your health by dieting and exercising like him. But you could also improve your health by just eating less and exercising more, and not spending lots of time on the internet reading insane articles about the dietary habits of eccentric geniuses.