The X-plan: Why all parents and kids need one 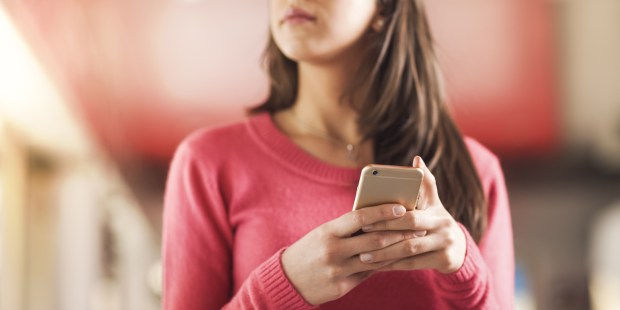 This ‘secret’ language is helping kids stay out of trouble.

If you’re like most parents, you don’t rest easy when your kids are away from home at night. You worry about the choices they make, their driving habits (or who they’re riding with), and their ability to withstand peer pressure.

Bert Fulks knows those pressures all too well. While counseling teens in a recovery setting, he noticed that many of the young people he worked with had been in situations where they wanted an “out,” but didn’t think they had one.

Read more:
Do you follow these 5 tribal parenting rules?

Enter the X-plan. Fulks devised this simple plan to safeguard his kids and use their ever-present cellphones. If one of his teenagers feels uncomfortable while they’re with friends or at a party, they simply text “X” to Bert’s phone. When he sees the X, Bert calls back, telling his child that something has come up (it has) and he is coming to get them. The teen now has an “out” and can save face with her peers. Interestingly, Fulks also says an important part of the X-plan is that his kids know they won’t get the third degree about what they’ve been doing (or with whom they’re doing it).

He explains: “Once he’s been extracted from the trenches, Danny knows that he can tell us as much or as little as he wants … but it’s completely up to him. The X-plan comes with the agreement that we will pass no judgments and ask no questions (even if he is 10 miles away from where he’s supposed to be).”

After Fulks blogged about the X-plan, his post went viral. The plan is not without controversy, however. Some people feel that it encourages kids to lie (or at least stretch the truth) instead of stand up for their values. Others believe the plan is short on accountability — and consequences for bad behavior.

Read more:
How to Know if You’re Over-Parenting

Counselor and speaker Michelle Nietert relates: “I’m not sure I would guarantee absolutely no discussion, but I definitely would not do it in the moment. I do think it’s a good idea to have a plan for your children so they can creatively — but honestly — get themselves out of a difficult situation.”

She adds, “In general, if the child’s behavior concerns me in one instance with one group of people, I would probably leave it alone. But if it becomes a pattern, I would address it — because even though change is hard, sometimes we need to make it … and we need the help and love of others to follow through.”

Though the X-plan has its detractors, many parents and therapists applaud the idea. Psychologist Erika Martinez explains: “Any time a parent can afford his/her child an opportunity to practice integrity is a win. Whether there is drug or alcohol use, bullying, or an adult being inappropriate, giving your kids a safe way ‘out’ when they’re uncomfortable shows respect for what they’re feeling and communicates your support.”

That support is critical during the tumultuous tween and teen years. So is creativity and flexibility. Case in point: one mom of a tween daughter has a secret “get me out of here” emoji, which only she and her child know about.

Read more:
10 Easy Parenting Tricks to Keep Your Kids Out of the ER This Summer

After my daughter was offered a substance and panicked, not knowing how to say no, we sat down and developed exit strategies,” says Evelyn Myers*, mother of a 13-year-old daughter and a 17-year-old son. “If she is pressured by a friend, she has full permission to place the blame on us. She can simply say, ‘I can’t. My parents drug test me every week.’ Also, she gets bad migraines, which her friends know about. If she calls with a ‘migraine,’ I will come get her, no questions asked.”

Sexton explains, “I always hope she will fully communicate about the situation, but she doesn’t have to. She’s going to be in less trouble when she makes the responsible choice to get out of a bad situation than staying in it. But she also knows that doesn’t mean there might still not be consequences for actions she’s already taken.”

Some parents, such as Dalea Tatum, mom of two grown sons, used different code words as her boys matured: “When they were small, we had a word that anyone who needed to pick them up unexpectedly would have to tell them. Then as they got older, at any time, they could call and tell us they ‘forgot to feed the dog.’ We would respond that they were ‘in trouble’ and go pick them up.”

Ruby Ellis*, a mom of two sons, notes: “Now that the boys drive, the plan has been revised. If they can’t or shouldn’t drive for any reason, we come rescue first and talk later. And our boys know if they see the need to intervene for a friend, we will be the taxi/rescue … They also know to text ‘call me now’ if they need to receive a call ‘to come home now.’”

Read more:
Parenting alone: When a good man is hard to find

Want to implement your own version of the X-plan? Dr. Martinez suggests: “To set up an X-plan, you’d need to have some honest conversations with your children about what constitutes acceptable versus undesired behaviors. It’s important to make sure everyone’s very clear on boundaries, so there aren’t any surprises or disappointments. You can do this by talking through different scenarios with kids (i.e. What would you do if …? What do think about …?).”

Whether or not you agree with the X-plan, it’s a necessity to hold difficult conversations with your child before they’re old enough to socialize with other tweens and teens. Let your children know you love them unconditionally, but also let them know your standards.

If you keep the lines of communication open about topics such as sex, drugs, and drinking when they’re younger, kids are much less likely to shut you out (at least completely) once they hit the roller coaster ride of puberty.