An old Roman “snack bar” is serving food once again, after 2,000 years 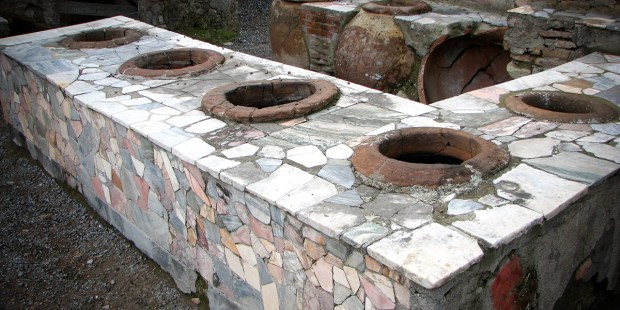 Pompeii’s Thermopolium was closed from 79 BC until 2010.

The dolia (ceramic jars placed on embers on a masonry counter) of Pompeii’s Thermopolium were filled with food once again in 2010, after almost 2,000 years of being out of order.

After touring the site, visitors to the Thermopolium will be able to approach the counter to enjoy a tasting of snacks inspired by the flavors of Roman classic antiquity, including a very popular baked cheese with honey.

Thermopolia were quite common in Roman antiquity, being the equivalent of our current fast-food establishments, delis or food trucks, and offered the poor (who, for the most part, could not afford to have a kitchen in their own home) a cheap and simple solution to ease their hunger.