It’s mother and daughter movie night! 8 films to bond over 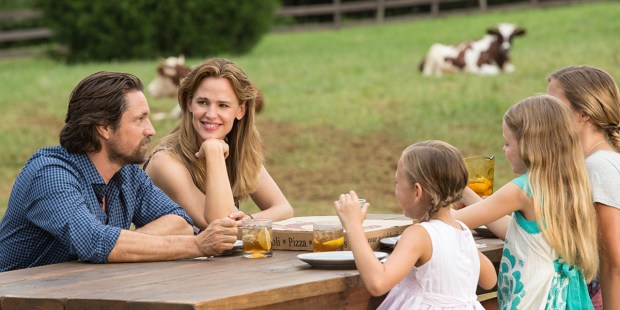 Moms are great, right? They give birth to us. They tended to our owies. They tucked us in at night and sometimes, when we really needed it, they gave us a sharp kick in the patookus. There’s a reason why we collectively spend $21.4 billion — that’s with a “b”— for Mother’s Day.

Eleven-year-old Akeelah (Keke Palmer) is skipping school. Her grades are dropping. She’s forging her dead father’s name on permission slips. Who knew that spelling bees could be such a terrible influence? Tanya (Angela Bassett), Akeelah’s widowed mother, nearly makes Akeelah quit the spelling competitions—but only because she believes it’d be the best thing for her daughter. And when Akeelah and her coach convince her that that spelling bees are a good thing, Akeelah could not ask for a more supportive mom. How do you spell “extraordinary?”

Leigh Anne Tuohy already had two kids. She didn’t want or need a third. When she brings teen Michael Oher (Quinton Aaron) home one cold evening, it’s only supposed to be for a night. But as time goes on, that one night of generosity becomes much more. The film, based on a true story, earned star Sandra Bullock an Oscar. And while some people think The Blind Side is primarily about football, it’s far more about family — particularly about the bond between a mother and her unexpected, adopted son.

All children have to grow up sometime. Merida (voiced by Kelly Macdonald), a Scottish princess, will have more responsibilities than most, and it’s up to her mother, Queen Elinor (Emma Thompson), to teach Merida all about them. Alas, the two clash repeatedly and loudly. And when Elinor tells Merida to put down her bow and find a beau for the good of the kingdom, Merida turns desperate … and turns her mother into a bear. It’s only then that Merida realizes just how much Elinor loves her and would do anything to protect her — even as Elinor’s mind slowly twists into the animal the rest of her has become. Funny and touching, this underrated Pixar classic features one of the most poignant mother-daughter stories ever.

Little Forrest isn’t normal. Never was. But as Mrs. Gump (Sally Field) says, “What’s normal anyways?” She’s determined to give her son every opportunity he can realistically hope for, no matter the cost. And along the way, she fills his mind with proverbs and homilies that serve Forrest (Tom Hanks) well. “Life is like a box of chocolates,” she used to tell him. “You never know what you’re gonna get.” But one thing’s for sure: Forrest got a mamma that loved him.

Walk a mile in your mother’s shoes? How ‘bout a whole day? In this delightful reboot of Disney’s 1976 classic, Anna (Lindsey Lohan) switches bodies with her mother, Tess (Jamie Lee Curtis) and discovers what it’s really like to be a mom. Guess what? It ain’t easy.

Life was just fine for the Beam family before little Anna came down with a mysterious, painful and life-threatening illness that impairs her ability to eat. The calamity forces the family, particularly mother Christy (Jennifer Garner), to upend their lives to care for Anna. They fall deep in debt as Christy and Anna relocate to Boston to better facilitate her care. “We’re not giving up,” Christy says, even though her daughter’s condition keeps worsening and everything they’ve been through suggests they should. This Christian film does indeed feature a miracle from heaven — perhaps a few of them. But none of them would’ve been possible without the faith, determination and love of a very courageous mother.

Not every mom gets an A in motherhood. Some struggle. Some fail. And some never even show up. Linda Brummel (Meryl Streep) had a chance to be a real mom to daughter Julie and gave it up to be rock star Ricki Rendazzo — only she never managed to be a rock star, either. Still, she fronts a band in seedy bars, seemingly shedding her previous life and practically forgetting about her daughter. But when Julie (Mamie Gummer) grows into a young, depressed, suicidal woman, Ricki comes home to do what she can to help her not-so-little girl — struggling to reforge relationships even as she questions her own past decisions. Ricki and the Flash is a poignant story of lost relationship that gets an unexpected second chance.

How do you solve a problem like Maria? You give her seven kids to look after, that’s how. When Maria (Julie Andrews) leaves an Austrian convent to become governess for the children of the wealthy and widowed Captain von Trapp (Christopher Plummer), marriage was far from her mind. At first, it was all she could do to keep the kids from putting pinecones on her dinner chair. But through outings and adventures and lots and lots of songs, she eventually wins them over, helping to unveil their true beauty (and singing voices). In a sense, she’s their mother long before the Captain proposes.

There you have it: Eight films that showcase eight of the nine most movie-worthy moms. Who’s the ninth? You’ll likely be thinking about her next Sunday.

Did we miss any? What’s your favorite Mother’s Day movie? — Tell us in the comments!