Buried by an earthquake in the 9th century, the Basilica of Santa Maria Antiqua was (re)discovered by the Roman archaeologist Giacomo Boni 117 years ago.

Having spent more than a millennium underground, and after more than a century of excavations, one of the oldest places of Marian worship known in Rome reopened its doors in 2017. Located right in the imperial core of the Eternal City by the Roman Forum, the Basilica of Santa Maria Antiqua was (re)discovered by the Roman archaeologist Giacomo Boni 117 years ago on the slopes of the Palatine Hill.

Paradoxically, having been buried for about 1,200 years meant the salvation of this Basilica. The majority of the artistic patrimony of the 7th and 8th centuries was totally or partially lost due to the iconoclastic revolts, so the frescoes that are still preserved in the basilica today are a unique testimony to Christian art from an early age, rare not only in Rome but worldwide.

Particularly noteworthy is a Marian fresco considered to be the oldest image of the Virgin Mary with the Child Jesus, according to the architect Francesco Prosperetti, superintendent of archaeological artifacts in Rome. This is indeed Rome’s oldest icon.

But one of the most interesting survivals of the architectural complex of Santa Maria Antigua is that of the Byzantine past of Rome itself. Judging by Greek inscriptions on the marble and on the walls of the basilica, Rome was a bilingual city. In addition, the indisputably Byzantine style of the icons of Santa Maria Antigua reveal that the influence of the Roman Empire of the East reached not only the Italian coast at Ravenna, but the Palatine Hill itself.

Read more:
The Treasures of Santa Maria Antiqua: Christianity Emerges Out of the Ashes of Imperial Rome 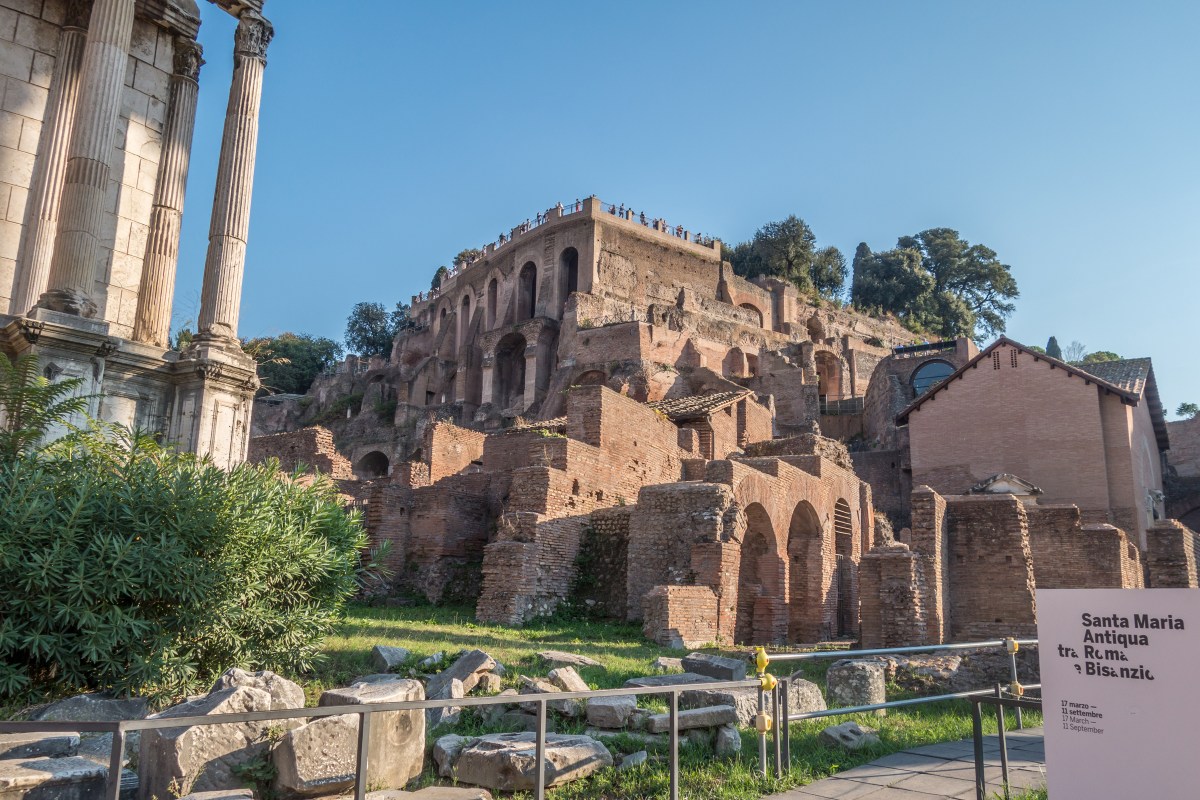