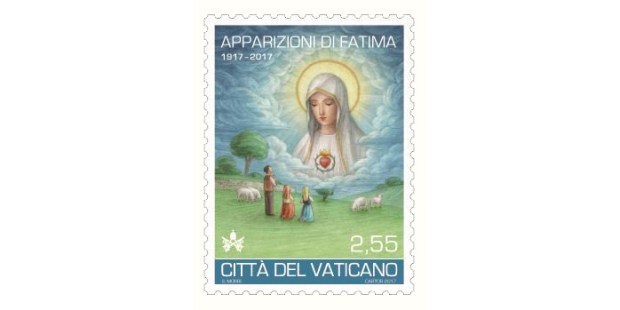 Also a papal visit to South America, Eastern Christians in Australia, and more…

Fatima/Stamp: To commemorate the pilgrimage of Pope Francis to Fatima, Portugal, on May 12-13, for the centenary of the Marian apparitions in Cova da Iria, the Vatican will issue a special stamp depicting the meeting of the Blessed Virgin Mary with the three shepherd children, the Catholic daily Avvenire reported on May 4, 2017. A commemorative coin of two euros, with an image of the three children in front of the sanctuary, will also be struck. The Portuguese agency Ecclesia also reported that the Portuguese Pontifical College will be received in audience by Pope Francis on May 8. The meeting will be attended by 34 priests and 7 religious sisters.

Cardinal Raï / Benedict XVI: Lebanese Cardinal Bechara Boutros Raï, Maronite Patriarch of Antioch and all the East, was received by Pope Francis on May 5, 2017, the Holy See said on Thursday. The cardinal is currently in Rome for the plenary assembly of the Vatican Secretariat of Communications, of which he is a member. The day before, the Maronite Patriarch had visited Pope Emeritus Benedict XVI in the Vatican Gardens.

Australia / Cardinal Sandri: Cardinal Leonardo Sandri, Prefect of the Congregation for the Eastern Churches, will visit Australia from May 7, 2017, according to a statement issued by the congregation on May 4. The Vatican prelate has accepted an invitation from the five eastern bishops of that country, whose number of faithful is increasing as a result of the emigration of Syrian and Iraqi Christians. Cardinal Sandri will also speak during a meeting of the Australian Bishops’ Conferences, and will meet members of parliament and the Diplomatic Corps.

Colombia / Papal visit: A delegation of the Vatican Gendarmerie and the Pontifical Swiss Guard is currently in Colombia to prepare for Pope Francis’ apostolic visit to the country, September 6-10, the Catholic agency SIR reported on May 4, 2017. The delegation will visit the four cities the pontiff will visit in September: Bogota, Villaviciencio, Medellín and Cartagena de Indias.