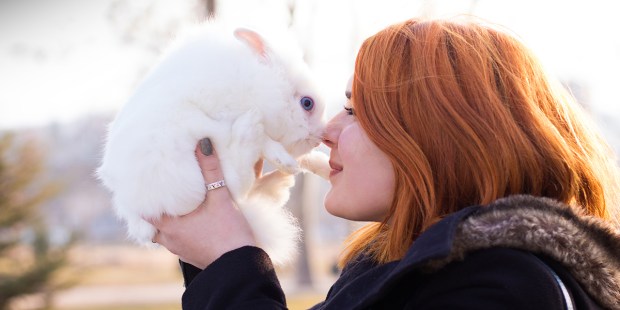 We don’t need to torture animals to be beautiful.

Putting on our blush or lipstick each morning should make us feel more beautiful and happy, but when you know that a little animal was tortured so the manufacturer could achieve that pink color we like so much, this feminine ritual loses all its charm.

Yes, this could sound a bit like Elle Woods in Legally Blonde 2, in which the character played by Reese Witherspoon goes to Washington, D.C. to pass a law passed prohibiting animal testing, to save the mother of her Chihuahua. But in real life, such progress has not yet been made, and — sadly — many cosmetics companies continue testing their products on animals as if there were nothing wrong with it.

Read more:
Why we all need to get behind the trend of sustainable fashion

The good news, however, is that more and more people are becoming concerned about this practice; so consequently more and more vegan or cruelty-free makeup (in a moment I’ll explain the difference between the two) is available, so we don’t have to feel like Cruella de Vil.

In general terms, vegan and cruelty-free beauty products are not tested on any living creature and manufactured from ingredients that are either synthetic or derived from plants. (If you deal with a lot of allergies, this could be the natural solution you’ve been looking for.)

And what’s the difference between the two? “Vegan” products do not include any animal derivatives, and “cruelty-free” simply means that no animal testing is done, but the product may include some derivative, as is the case with Burt’s Bees brand, which uses milk and honey among its ingredients.

This is an interesting trend in the world of fashion: women don’t only want to wear or use something because “it’s pretty” or “we like it,” but because it’s a good product all around — we are taking an interest in where and how products are made, so we can make a decision based not just on aesthetics, but also on ethics.

Even some super-famous brands such as Lush, Tarte, and Kat Von D are now including vegan products in their portfolio. And it’s not just the luxury brands: some bargain pharmacy makeup brands such as Wet N Wild are also cruelty-free (they even have brushes which, I should mention, are wonderful). So, there are no excuses!

How can we tell if our makeup is guilt-free?

— The most basic, but effective, method: read all the ingredients on the label (and Google the ones you don’t understand).

— Look for the little rabbit … Many brands are certified by an animal protection coalition called Leaping Bunny, whose logo represents its namesake.

— Investigate the company that manufactures them … If they don’t say clearly and directly that they are vegan or cruelty-free, it’s possible they aren’t.

Certainly, there are still many myths that relate pain with beauty (okay, depilation is far from being a myth), but at least when dealing with makeup, there’s no need for a poor little animal to suffer. As Mahatma Gandhi used to say, “The greatness of a nation and its moral progress can be judged by the way its animals are treated.”

This article originally appeared in the Spanish edition of Aleteia.