Sex is depressing for teens 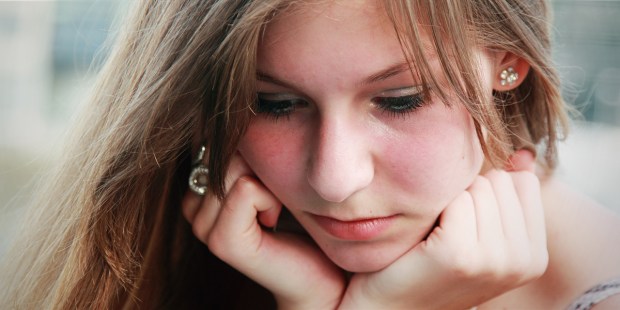 Mental health research backs up what many of us already know: encouraging abstinence is still the best policy.

Anyone who’s a teen or remembers the teen years knows that it’s a time of a lot of change and development. Although not as dramatic and tumultuous as the media might portray, there is no doubt that these years come with significant challenges. No matter how a person experiences their teen years, though, we all can agree on one thing: happiness is usually the goal.

Read more:
7 Things parents must know before they talk to their teens about sex

A substantial body of research has existed for some time that indicates that the teens who are the happiest are those who abstain. Beyond the negative effects of teen pregnancy and STDs, findings indicate that teens who engage in sexual activity are at higher risk for depression, suicide, and substance use. There is evidence that delaying intercourse in females is associated with higher rates of high school graduation and college enrollment, even taking into account family, personality, and pregnancy factors. A 2012 poll indicated that over two-thirds of teen girls and over one-half of teen boys who had sex wished they had waited longer. And 78 percent of sexually-active teens ages 12 to 14 expressed regret about this decision. Interestingly, 84 percent of teens wrongly believed that most of their peers are having sex (CDC findings indicate that 41 percent of high schoolers have had intercourse).

Teens are not equipped for sex

So why are sexually active teens not as happy as their abstinent counterparts? For starters, there are physiological agents at play during sex, such as dopamine and oxytocin, which appear to bind teens together through feelings of arousal and intimacy. Even after intercourse occurs, it appears that oxytocin is released as a means of increasing attraction between partners versus other individuals. For teens who are sexually active, this can serve as a real physiological conflict — on one end, they are feeling biologically swept away by the reality of their physical connection; meanwhile, their brain is still developing with regard to skills such as impulse control, emotional regulation, and consequential thinking.

So, imagine how confusing decisions of dating and breakups can become, especially if teens are involved in a relationship where they are being physically and/or emotionally mistreated. All of this can release a flood of contradictory, confusing feelings that can lead to depression and anxiety — and I haven’t even mentioned the worries of becoming pregnant or contracting an STD. Simply put, teens appear ill-equipped to handle the realities of sex.

Beyond the physical and psychological implications of teen sex, the social worries loom large. The moment teens (girls especially) engage in sex is the moment where they open themselves up to all sorts of social embarrassment. Not only is it very possible that they will become the subject of conversations (face-to-face or electronic) that may divulge details of this private activity, but they live in fear of what happens if a breakup occurs. I have talked to a number of teen girls who describe the feeling of being at a party where they were certain that most present knew about their sexual history. They describe the real fear that came with the feeling that they’re being branded for doing something that they may have had reservations about in the first place.

Read more:
Why is teen depression on the rise, especially for girls?

But the boys aren’t clear of heartache either. Because sexual prowess is often a bragging point for teen guys, boys live in fear that stories will be leaked of their sexual inadequacy. While teen boys may be reluctant to admit they’re trying to be chaste for fear of harassment, it’s way easier for guys to acknowledge they’re abstaining because they don’t want to get a girl pregnant or get an STD (among other reasons) than handle the fear of rumors about “sexual flops” of all kinds.

It has been almost 20 years since I graduated from high school, but to this day, I remember the awkward moments in the locker rooms and the hallways when the topic of sexual activity came up. I remember struggling to respond to the comments about prudish behavior that others perceived of me and some of my friends when it came to the topic of sex. But I distinctly recall that even beyond my parents’ admonitions to refrain from premarital relations, I was way more afraid of what would happen if the possible biological realities of sex came to fruition than any comments or reputation I might incur. I knew that one would eventually go away; I knew the other could remain for life. And that alone could have launched me into a fix of anxiety or lasting depression.

Fear of ‘sin’ is not enough

In the poll I previously mentioned, there were a couple of other interesting findings. Teens of all ages said their parents — not their friends — were most influential in regard to their decisions about sex; teens who are close to their parents are more likely to delay sex. Nearly 90 percent of teens also agreed with the following statement: “It would be much easier to postpone sexual activity and avoid pregnancy if they were able to have more open, honest conversations about these topics with their parents.”

I have some ideas (see Part III and IV especially) about how we as parents and professionals can talk to our teens (and preteens) about this topic. We can’t just say it is a sin and they might get pregnant or get an STD. We need to incorporate the “wholiness” perspective, and let them know all the different ways that it can affect them physically, psychologically, socially, and spiritually, whether it is increasing the possibility of depression/anxiety or the likelihood of them being part of the rumor mill. Finally, we must present the good with the bad—that sex in the context of a loving marriage turns the tables on teen worries, and offers opportunities really worth waiting for. So for all you teens searching for a way to be happy and cut down on the drama, consider that abstaining is a great route to go.