How could ordinary men be capable of such evil? The last Nazi prosecutor has the answer 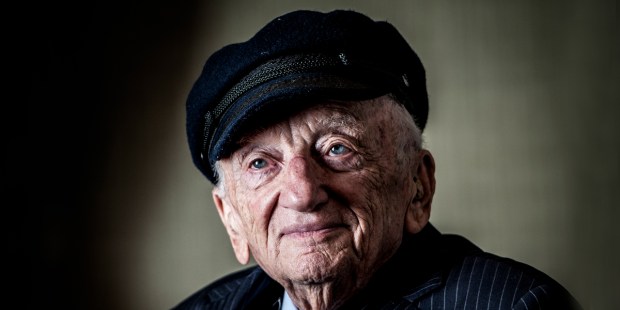 In an interview with the last living Nuremberg prosecutor, 97-year-old Ben Ferencz, Sixty Minutes’ Leslie Stahl asked him a question that gets to the heart of what is so unfathomable about the Holocaust: How could ordinary people commit such extraordinary evil?

“Did you meet a lot of people who perpetrated war crimes who would otherwise in your opinion have been just a normal, upstanding citizen?” she asked.

Ferencz was the chief prosecutor for the U.S. Army at the Einsatzgruppen trial, one of the 12 war crimes trials held in Nuremberg, Germany, after the end of World War II. He helped prove the guilt of a group of German SS officers accused of participating in mobile death squads in which over a million men, women and children were shot dead in their own towns and villages across Eastern Europe.

He answered that even these men who had committed these horrible atrocities – who had shot down more than a million innocent people – were normal, ordinary men:

“Of course, is my answer. These men would never have been murderers had it not been for the war. These were people who could quote Goethe, who loved Wagner, who were polite,” Ferencz said.

When Stahl asked him, “What turns a man into a savage beast like that?”

He then shared this profound insight, gleaned from years of staring into the face of the worst evil man can inflict on man:

Benjamin Ferencz: He’s not a savage. He’s an intelligent, patriotic human being.

Lesley Stahl: He’s a savage when he does the murder though.

Benjamin Ferencz: No. He’s a patriotic human being acting in the interest of his country, in his mind.

Lesley Stahl: You don’t think they turn into savages even for the act?

Benjamin Ferencz: Do you think the man who dropped the nuclear bomb on Hiroshima was a savage? Now I will tell you something very profound, which I have learned after many years. War makes murderers out of otherwise decent people. All wars, and all decent people.

Read about the rest of this interview here, and watch it here.