What is “Millennial Pink” and why is it still so trendy? 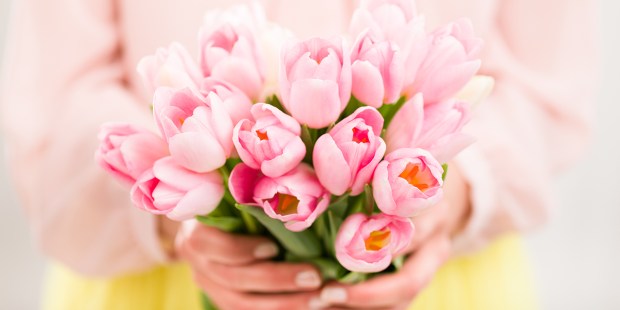 The world can be far from rosy, but this color is still popular for clothes and interior decor.

Each year, the color technology firm Pantone proposes an “official” color, and although for 2017 it’s Greenery (a yellow-green shade), the color that is actually setting the trend this first half of the year is called “Millennial Pink” (or “Tumblr Pink”).

It is a hue of pink that mixes tones of salmon and grapefruit, and is present in all kinds of showcases (thanks also to the fact that it was on the spring runways of fashion houses like Gucci and Balenciaga) — and even in the decor of restaurants, one of the most famous being Pietro Nolita in New York.

Read more:
5 Fashion trends from childhood that are back in style

Where is this surge of popularity coming from? Many think it started in 2015 with the launch of the pink iPhone 5. Others believe it was the year before, with Wes Anderson’s movie The Grand Budapest Hotel, whose main building was painted different shades of pink in a retro-kitsch aesthetic.

What is certain is that both events certainly had something to do with it, since Rose Quartz was the color of 2016 according to Pantone. But apparently, people weren’t ready to let it go yet, and now practically the same tone of pink is back in the spotlight, just with a new name.

So why is it called ‘Millennial’ pink? Many agree that this pink has become the color of an entire generation. Do you remember the tradition that “pink is for girls and blue is for boys?” Many young people between 15 and 25 years of age now wear pink precisely to free the color from that label and tear down that stereotype, proposing pink as a “neutral” color — an attitude very typical of the Millennials, who don’t want to be defined by their gender.

It’s a kind of rebellion that businesses have exploited, of course, in order to increase their sales, making their products this color (as is starting to happen now with the “unicorn” theme as well).

If you add to this the fact that the 1990s are coming back — a decade in which pale pink was a great protagonist (think of Alicia Silverstone’s fuzzy pen in Clueless or Britney Spears’ hairdo in Baby One More Time) — you have the perfect formula for Millennial Pink to be back in vogue, above all because it is very attractive in photographs, and the generation born in the 80s and the 90s is particularly enthusiastic about using Instagram and Pinterest (while the younger generation prefers Snapchat, and the older one, Facebook).

In general, it’s a color that makes us feel very calm, and so it has been very well received in the world of interior decoration for creating friendly and welcoming environments.

Are you joining the trend? Millennial Pink (which, yes, is the same pastel pink we all know and love) combines well with many other colors: from aquamarine to metallic tones, gray, and other neutral tones as well.

The world, with all its conflicts, is far from being rose-colored, but at least now it looks pink on the outside.

This article was originally published in the Spanish edition of Aleteia.