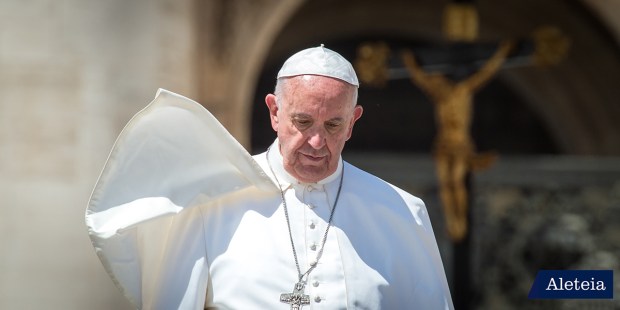 VATICAN CITY — Pope Francis has sent his condolences to the family of three Romani sisters who died tragically in Rome on the night of May 9-10, when their camper burst into flames as they slept.

The three sisters — Elizabeth, Francesca and Angelica Halilovic (ages 4, 8, and 20) — were killed in their camper-home in Centocelle, on the peripheries of Rome. Their parents and eight siblings managed to escape the blaze.

The Romani, or Roma, people are a traditionally nomadic ethnic group, living mostly in Europe and the Americas and originating from the northern regions of the Indian subcontinent. The Roma people are more often known as “gypsies” in the English-speaking world.

An estimated 4,000 Roma live in state-sanctioned camps in Rome, according to a 2013 report by Amnesty International. The camps are located outside the city and consist of pre-fabricated containers or mobile homes in fenced-off areas.

In the case of this week’s tragedy, however, the camper was parked in a lot close to a residential area.

“I heard a roar and thought it was a bomb. Then I went to the window and saw flames shooting up,” one witness told Italian media. “I couldn’t go back to sleep … I had seen that camper various times; it was there for weeks, maybe months.”

Following the tragedy, Pope Francis also sent Archbishop Konrad Krajewski, head of the office of Papal Charities, to visit the surviving members of the Halilovic family and bring them concrete support.

According to Vatican Radio’s English edition, prosecutors have opened an arson investigation into the tragedy, after family members claimed they received threats, and another camper was torched last week.

Analysts believe the attack may have been an act of vendetta inside Rome’s Romani community, rather than an anti-Roma act by local residents.

A video shows an individual launching an molotov cocktail at the camper, Vatican Radio’s Italian edition reported. Authorities are therefore proceeding with investigations of arson and voluntary homicide, perhaps due to a settlement of accounts between Roma families.

Rome police said they are not excluding an lines of investigation.