Should I let my mom take my Catholic children to her Pentecostal church? 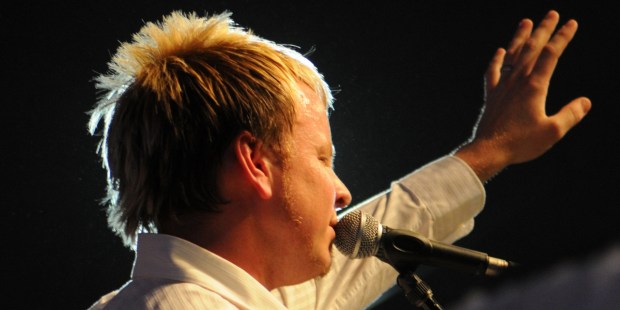 Here’s the thing, I work most Sundays so I typically go with my family to Mass on Saturday night — the vigil Mass. My mom, who is Pentecostal, keeps asking if she can take the kids to church with her so she can spend time with her grandkids. I wouldn’t mind so much letting them go if I could be there with them because they are pretty young (4, 6, and 7) and I don’t want them to get confused.

My husband isn’t religious at all and he’s said he absolutely doesn’t want to go with the kids to church a second time in one weekend with his mother-in-law. He goes to Mass with us Saturday nights (which was a huge deal for us since he initially didn’t want to go at all but agreed to support my beliefs and raise our kids Catholics) so I don’t want to rock the boat with him on the subject of church.

My husband says let them go. I think he likes the idea of a quiet Sunday morning to himself and doesn’t see what the big deal is.  I’m getting tired of making excuses to my mom on why the kids can’t make it this Sunday. How can I explain it to her that I don’t want my young kids, still learning about Catholicism, influenced by her Pentecostal church without causing any hurt feelings?

There’s a hundred excuses you could give your mother. There’s also a hundred theological debates you could have with her about Catholics attending Protestant worship services. The reason could be presented rationally and based on sound judgement but that’s no guarantee of someone else’s feelings and there’s no predicting people’s reactions.

Simply, these are your children and your mother needs to respect your wishes. If you don’t want them to go to a Pentecostal church that’s all that really needs to be said on the subject. Tell your mom that your children are going through Faith Formation in preparation for their sacraments and during this pivotal time you prefer not to introduce them to new faiths that may contradict their learning or confuse them. End of story.

You can tell her that your decision isn’t meant to be a personal statement about her beliefs or an attempt to keep your kids from her. In fact, I think it’s wonderful that your mom wants to spend time with her grandkids. Let her know she’s appreciated and tell her she’s welcome anytime to have the children for the Sunday afternoon, after church.

I don’t know what kind of relationship you have with your mother and how much resistance, if any, she may give you but it certainly sounds like she loves her grandkids. I would think if there were any hurt feelings they would pass instead of risking the relationship.

However, I want you to be encouraged in case there are hurt feelings and a family falling-out results. It’s important to stick to your guns on this. Children without a solid faith foundation can  easily become confused, and Charismatic Protestant sects can be a very dangerous place for young impressionable minds. As a former Pentecostal I can tell you that their belief system relies heavily on being “baptized” by the Holy Spirit and receiving the gift of tongues in order to be “saved,” beliefs that are in direct contradiction to the Church.

There’s also a very high probability that once people at your mother’s church find out your children are Catholic they will aggressively try to “save” them. When I say ‘aggressively’ that is not an exaggeration. It’s even possible that is what your mother is trying — all unconsciously — to do exactly that by taking them to church with her, but I don’t want to assume her intentions. Just know, typically Pentecostals don’t have a very high opinion of the Catholic Church and many think Catholics aren’t even Christians. Also, know that Pentecostal worship services might be frightening for your young children — they may find the sudden loud outbursts of “tongues” upsetting.

I think you’re a wonderful mom for wanting to protect your children from confusion at this very important time. Don’t be guilted into compromising your beliefs at the expense of your children’s Catholic heritage. Find a group of Catholic moms, and other Catholic family members if you have them, for support. You certainly aren’t the only “mixed” family; perhaps you can find other families at your parish in a similar situation who can offer you some outside encouragement. You’ll certainly have the prayers of the Aleteia community reading this, myself included.

Lastly, I think your husband deserves a shout out for being a supportive husband and father. I think it’s amazing that he’s goes to Mass with his family even though he doesn’t share your beliefs.

[Have a problem that relates to your Catholic life? Let Katrina help FIFY! Write to her at AskKatrina@aleteia.org – Ed]