When the thrill of being 70 has worn off 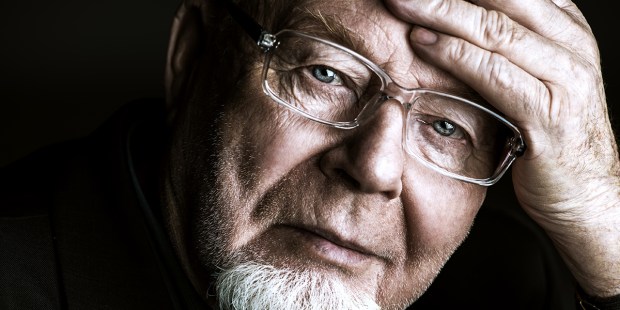 If sixty-nine was an old guy yelling “stay off the lawn,” 70 has become a yearning age.

Gosh, was it only a year ago I was looking forward to turning 70? I remember in the latter days of being age 68, I got caught up thinking―for some impossible reason and only for a moment or two―my next birthday would be my seventieth. I was driving and day dreaming, nearly as distracting as texting in its way. But there I was, age 68, pleasantly convinced I was headed to 70 in a few days. It was exhilarating, strangely.

When I returned to reality (a stop sign will do that for you) I was disappointed. It didn’t seem fair. Here I was all psyched for 70, ready for all the surely exciting vistas opening before me, and instead I was going to be an uncool 69. Seventy’s cool. Sixty-nine? That’s old guy yelling “stay off the lawn.”

Feeling like a 12-year-old going teen, I was ready for 70. Seventy, I was thinking, had possibilities. I spent most of my sixty-ninth year anticipating my seventieth.

Oh, the family was good to me. My daughter, 19, made a cake and prepared a favorite meal. Somewhat more than a full seventh of my Facebook friends took note of the day. What happened to the rest of them, I don’t know, but I was happy enough.

Now that 70 has arrived, though, troubling issues arise. Part of my problem is I don’t know what to do at 70. I’m too old to fuss with questions about what I want to be when I grow up and too young not to wonder what’s next. After all, someone told me, 70 is the new 68.

I’ve known some very old people in my life. Most of them kept their humor and good sense. I hope to do that. I had a friend who turned 90. I stopped by to see him and asked how it felt, hoping to gain a bit of wisdom. “It would feel better,” he rasped, “if it felt like 50.” There you go: wisdom if ever I heard it.

Bette Davis had it: “Old age ain’t no place for sissies!” The remark is misattributed to Bob Hope. What Bob Hope said was, “I don’t feel old. I don’t feel anything until noon. That’s when it’s time for my nap.”

But I fear I may age like Mr. Ledy. He was a retirement home resident I visited regularly while in the eighth grade, gaining volunteer hours toward a Scouting award. I remember him ancient with thin-parchment skin, blind from cataracts (there wasn’t much to be done for them in 1960), housed in a narrow room with a bed and two chairs. He seemed alien and of an uncertain species. When you are 13, old people in an institution can be scary.

But I was told youth inserts cheer into the drabness of elderly living. I was a young face to brighten what I remember only as dark hallways. So, I was instructed, remember to smile. Great, but Mr. Ledy would never notice.

I visited him almost daily, 3:30 to 5:30 p.m. I read to him, and due to his blindness, I ended up feeding him supper; soup was the hardest. Over time I wasn’t frightened so much by his age as his consuming infirmity. Here was evidence of progressive wreckage, aging into the relentless loss of physical ability, capacity; of a future he could no longer grasp as his own.

“When you were younger,” spoken in another context, “you dressed yourself and went where you wanted. But when you are old you will stretch out your hands, and someone else will dress you and lead you where you do not want to go.” (Jn 21:18)

I came to his room one afternoon. It was empty and Mr. Ledy gone, for the usual reason, as the nursing aide explained. It was a loss and I did not know how to reply.

Aging wasn’t included in the Edenic template found in the Book of Genesis. Aging, that wasn’t part of the deal. In the theological sense of Eden pristine and pure, aging is something we brought upon ourselves. It is part of our dying. It may have been Eve, but Adam colluded. We rightly carry a sense of dread at what becomes of our bodies. The evidence of our primal sin is on public display, where everyone gets to watch us going through it. If anybody is ever going to love us for more than our good looks, well, time’s coming to give it a try.

When ashes are imposed upon us at Lent we hear what amounts to a scientific evaluation: “Remember you are dust and to dust you shall return.” Science describes what is plainly observed and what must be remembered, but it cannot do more.

Something of the Spirit, generating hope, faith, and yearning, insists we are more than animated dust motes. St. Paul captures that, and there is my contentment: