Where did blue jeans come from? 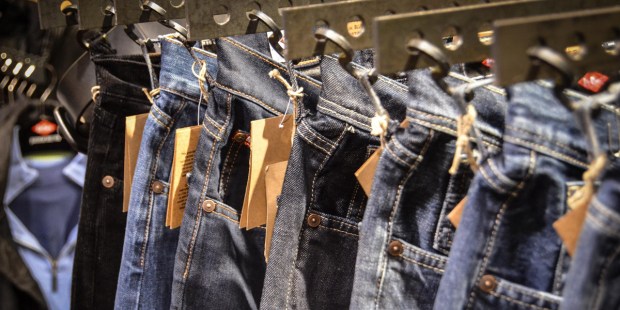 The backstory of a garment that changed the history of fashion.

The designer Yves Saint Laurent once said, “I have often said that I wish I had invented blue jeans: the most spectacular, the most practical, the most relaxed and nonchalant.  They have expression, modesty, sex appeal, simplicity – all I hope for in my clothes.”

Read more:
5 Fashion trends from childhood that are back in style

Undoubtedly, jeans are one of the most versatile pieces of our closet. We can use them in any season and for different occasions. In addition, they are made of as strong and durable a material as their history would suggest.

Their origin dates back to 1873, when two Jewish immigrants – Levi Strauss and Jacob Davis – obtained a US patent to begin manufacturing denim pants (which were already popular at the time for the working class). The novelty was that they incorporated brass rivets at the greatest stress points to make them stronger, as they were intended for miners in San Francisco, a city ​​where both lived and had noticed that workers’ garments tore easily.

Of course, the first denim pants did not have the same design of today’s jeans, nor were they called “jeans.” In fact, they were called “waist overalls” and they had one back pocket with a curved embroidering, an additional pocket for the watch, buttons for suspenders, a zipper, and a copper rivet at the crotch. According to the official website of what is now the Levi brand, the term “jeans” came into use in 1960 with the baby boomers.

The year 1890 saw the creation of the famous 501 model, which practically became the uniform of western cowboys, reinforcing the garment’s reputation for strength. In 1901, they created the first model with two pockets, and in 1922 they added the belt loops.

A curious fact about the Levi’s company is that in 1936 they had to add a little red tab to the right pocket of the coveralls (a tag that remains to this day) to differentiate their pants as other companies began to copy them, thanks to the boom in Hollywood westerns.

The 1950s made jeans even more popular because fashion icons like James Dean began using them with the equally famous Converse sneakers, creating a sexy and rebellious look that youth wanted to imitate.

Even today, companies are still making adjustments to jeans. Now they are available in a range of washes and in different silhouettes: skinny, flared, cropped, distressed and destroyed… and then there are the unfortunate jeggings, which are leggings trying to be denim.

And as Saint Laurent also said, “A good design can withstand ten years of fashion.” Well, in this case, 144.

Translated from the Spanish edition of Aleteia.