100 Years of Fatima: The “scandalous betrayal” of Sister Lucia 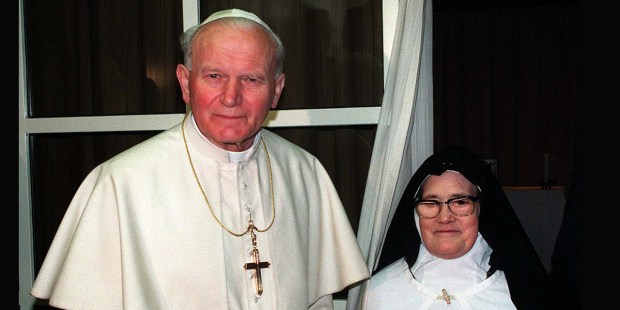 From certain contemporary points of view, the last visionary of Fatima failed miserably in her mission to spread the devotion.

The text that we reproduce below seems, at first glance, like a “provocation,” similar to so many others in the unbelieving world in which we live. However, it turns out to be a sensitive and enlightening reflection on the meaning of “failure” and “success,”  depending on whether you see it through the eyes of the world or the eyes of God. What seems to be “betrayal” from a merely human perspective can be the greatest triumph in the eyes of God, who sees the essence of things. This text is by Fr. Gonçalo Portocarrero, from Portugal.

It is scandalous, but it’s true: one hundred years after the apparitions at Fatima, it is possible to say that the principal visionary, despite her long life, did not fulfill efficiently her mission on earth. The strange thing is that journalists, so clever and courageous when it comes to discovering and publicizing corruption in the Church, have never denounced this case.

How mysterious is this silence which protects the memory of the last visionary of Fatima, who was named the confidant of the “Lady brighter than the sun,” when it is more than obvious that she did not live up to the expectations that surrounded her!

The facts of the matter are well known. During the second apparition at Cova da Iria, Lucia expressed the shared desire of the three little shepherds: “I would like to ask you to take us to Heaven.” Mary’s response to this petition came swiftly:

“Yes, I will take Jacinta and Francisco shortly. But you will stay here some time longer. Jesus wants to use you to make me known and loved. He wants to establish the devotion to my Immaculate Heart throughout the world.”

In fact, on April 4, 1919, less than two years after the Marian apparitions, Blessed Francisco Marto “died with a smile,” as his father recounted. His sister, Blessed Jacinta, would die less than a year later, on February 20, in Lisbon, after a long martyrdom lived with an exemplary spirit of penance.

Such was not the case of their cousin Lucia, the oldest of the three, who in fact—as Our Lady had said—stayed “some time longer.” As Mary lives in the eternity of God, the 97 years that Sister Lucia had lived by the time she died were just “some time.” But, if she didn’t accompany her cousins in their swift passage to Heaven, it was—we must remember—in order to make the Mother of God known and loved, and to establish throughout the world the devotion to the Immaculate Heart of Mary.

So, how did Lucia fulfill this task that was expressly required of her? What did she do to spread Marian devotion throughout the world?

Let’s see: she closed herself off, under rigorous anonymity, in a religious institution in which she could not confide the revelations she had received to anyone, not even the other nuns or the students. Worse yet: some years later, unsatisfied with that regime of voluntary reclusion, she requested and received the grace of being transferred to a convent with a stricter rule of cloister, where she closed herself off forever, prohibited by this very rule from having contact with the outside world, except on very limited occasions.

Now, the Lady who appeared in Fatima gave her the task of spreading devotion to her Immaculate Heart throughout the world. One would suppose, therefore, that Lucia would dedicate herself to touring and international roadshows, traveling around the whole world and giving interviews about the facts of which she was the only surviving witness. One would expect her to have made use of all the means of social communication, without excluding modern social networks, to promote Marian devotion. It would have been reasonable for her to make the rounds of talk shows, so as to be able to be seen and known by millions of television viewers throughout the world. It would have been logical for her to dedicate her time to writing best-sellers of clear relevance for today’s world: “I Saw Hell!” or “The Visionary of Our Lady Confesses the Full Truth!” or perhaps “The Secrets of Fatima, with No Taboos!” or even, “Finally, All You Ever Wanted to Know About the Conversion of Russia!”

These observations are sufficient for us to conclude that, humanly speaking, she did not fulfill her mission.

There are hundreds of thousands of pilgrims who, year after year, make pilgrimages to Cova da Iria, in Fatima, responding to Our Lady’s call!

Without propaganda or publicity, without marketing or special offers, those pilgrims are, in the end, the objective expression of Sister Lucia’s mysterious triumph—or, to express it better, they are visible proof of the supernatural efficacy of her human inefficiency.

Who knows if this demonstration of the power of prayer and sacrifice—so scandalous to some—might not be the fourth and most powerful secret of the message of Fatima?!

By Fr. Gonçalo Portocarrero, in “Tiologias”