Is this the oldest Christian liturgical hymn? 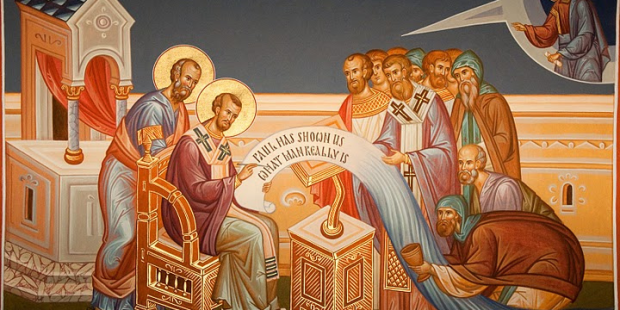 “Let us welcome the King of All, escorted by the invisible angelic hosts. Hallelujah”

One of the most sublime hymns of the Divine Liturgy of St. John Chrysostom is the Hymn of the Cherubim. It is usually sung during the procession of the offertory, when the bread and wine are carried from the “altar of preparation,” through the main nave of the church, to the sacrificial altar. The words are simple yet filled with awe, and the hymn is often repeated several times.

We, who mystically represent the Cherubim,
And chant the thrice-holy hymn to the Life-giving Trinity,
Let us set aside the cares of life
That we may receive the King of all,
Who comes invisibly escorted by the Divine Hosts.

The hymn sings the union of the assembled assembly in the church with the triumphant Church and the angelic choruses in heaven, in preparation for the mystery and miracle of the Transubstantiation of the consecrated species.

This hymn, although added to the liturgy during the mandate of the emperor Justin II at the end of the 6th century, is perhaps of the oldest liturgical hymns of the Christian tradition.

We wanted to share the Greek version (the one considered to be the original),but also Tchaikovski’s 19th-century impressive — and quite distinct — version. Choose your favorite!