Catholics: Once again, the true progressives 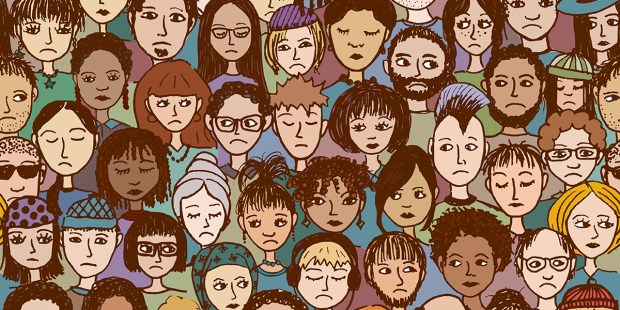 Social discourse is becoming chaotic. This is an opportunity for Catholics.

My daughter was recently assigned the 1961 book Black Like Me and reading it reminded me of something we too often forget: Catholics have always been the true progressives.

Its author, John Howard Griffin, was a bold a civil rights reformer. He was also a reader of Jacques Maritain, Thomas Aquinas and Christopher Dawson.

As some — not all —  of the people who call themselves “progressive” turn against their highest ideals, Catholics should step forward and reclaim the “progressive” mantle.

At the moment we are seeing the notion of “tolerance” being turned on its head. In politics, the chair of a political party has said the party will no longer tolerate pro-life candidates. Notions of real dialogue are being suppressed by campus activists who won’t tolerate ideas they disagree with.

This should not be a surprise. Relativism breeds intolerance. If there is no truth, then whoever wields power determines what is right and wrong — and radical relativists are shutting down free speech to get their way on campuses from Berkeley to Middlebury.

This is an opportunity for Catholics. We can be the champions of free speech and free inquiry the world badly needs. We can remind the world that not only is it okay to disagree — disagreement is necessary in pursuit of the truth.

The most enduring social project of our day has been the effort to build a world where race doesn’t matter anymore. But after years of secular control of most public institutions, racial harmony seems further away than ever.

But there is one international organization that really has united people of all races it is common project of love and harmony. This organization has made its presence is felt in our neighborhoods but also on the global stage. Not only does it cross borders — it crosses hemispheres. In fact, its membership is now overwhelmingly more African and South American than European.

It’s the Catholic Church, and we can, and should, share the secrets to our success: We believe that all are people are created in the image and likeness of God and have infinite dignity.

Our schools have attempted to make science, not God, the common intellectual denominator for society. The problem, though, is that science alone cannot understand itself.

St. John Paul II called faith and reason two wings that carry the human spirit to the truth. Every part of that equation is important: Without reason, faith becomes fanaticism and without faith, reason turns to ideology. When that happens, faith is no longer faithful and reason is no longer reasonable.

Ideology turns science against itself. Chromosomal science starts to deny itself for the sake of gender ideology. Science knows more than ever what makes an embryo human, but ideologues nonetheless use the March for Science to advocate destroying the unborn.

Catholics can teach the world to embrace science again, because we know that, as the Catechism puts it, the “investigator of the secrets of nature is being led, as it were, by the hand of God in spite of himself, for it is God, the conserver of all things, who made them what they are.”

Catholics can champion respect for women.

In the long battle for respect, women have taken giant leaps backward in our time. In the marketplace, women’s bodies are used to sell everything from cars to Cokes. In entertainment, women are expected to dress provocatively far more than men are. In politics, efforts to protect motherhood are pilloried as a “war on women.”

And now, gender benders are increasingly defining “feminine” as a specific set of stereotypical behaviors. As my colleague Claudia Crifasi said of Caitlyn Jenner, who appeared on the cover of Vanity Fair in a corset, “We have returned to the point where lipstick is how you tell if something is feminine.”

In this month dedicated to Mary, Catholics can teach the world the true power of femininity. As St. Francis de Sales put it, “There is no nothing so strong as gentleness and nothing so gentle as real strength.”

The Church need no longer be defensive on any of these issues. We have the real strength.