Have a problem? Try going to a philosophical counselor 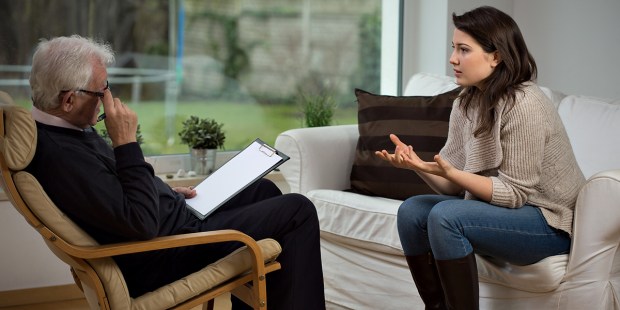 Patients are turning to Aquinas and Aristotle (among others) for help when traditional psychotherapy fails them.

A growing number of patients are ditching their psychotherapists for “philosophical counselors,” according to an article at the website Quartz.

Like traditional psychotherapists, philosophical counselors dispense advice on how to navigate one’s way around the rocky shoals of life. The difference: rather than basing their advice on psychology, they tap the works of the great philosophers of the ages.

As summed up in the article at Quartz:

Millennia of philosophical studies can provide practical advice for those experiencing practical difficulties: There’s an entire field of philosophy that explores moral issues; stoic philosophers show us how to weather hardship; the existentialists advise on anxiety; and Aristotle was one of the first thinkers to question what makes a “good life.”

“I saw so many people who had all these problems of living that seemed to be amenable to the thinking that students do in Philosophy 101 and Introduction to Logic,” Cohen told Quartz.

Philosophical counseling can help with problems that include mid-life crises, the loss of a pet, time management, finding out one is adopted, writers block and job loss, according to the NPDCA website. For more serious psychological problems, they’ll refer you to a psychiatric practice.

With the debunking of Freudian psychology (when’s the last time you heart anyone seriously discussing the meaning of their dreams or bathroom habits?), cognitive behavioral therapy (CBT) has emerged as the go-to therapy for psychotherapists, and philosophical counseling seems like a logical extension of that.

CBT’s emphasis on using practical approaches to change irrational patterns of thinking and behavior is not too far off from trying to one’s problems with the help of philosophy. Feeling blue about your dead-end job, for instance? An hour-long therapy session that explores the nature of free will might get you to sharpen that resume.

Even if philosophical counseling doesn’t actually solve your problem, you will have learned something (Cohen often gives his patients philosophy books to read as assignments, according to Quartz), and perhaps be armed to meet the next difficulty that comes your way.